As thick white smoke filled the air, Charlie took a moment to soak in what was about to happen.

Here was this former small-town farm boy with one of the biggest action movie stars in history, who now also happened to be the governor of California.

Arnold Schwarzenegger recently came into office with a decree to mix it up inside the big white dome and Charlie was about to see first-hand how the new governor planned to do just that.

If only his father could see him now. 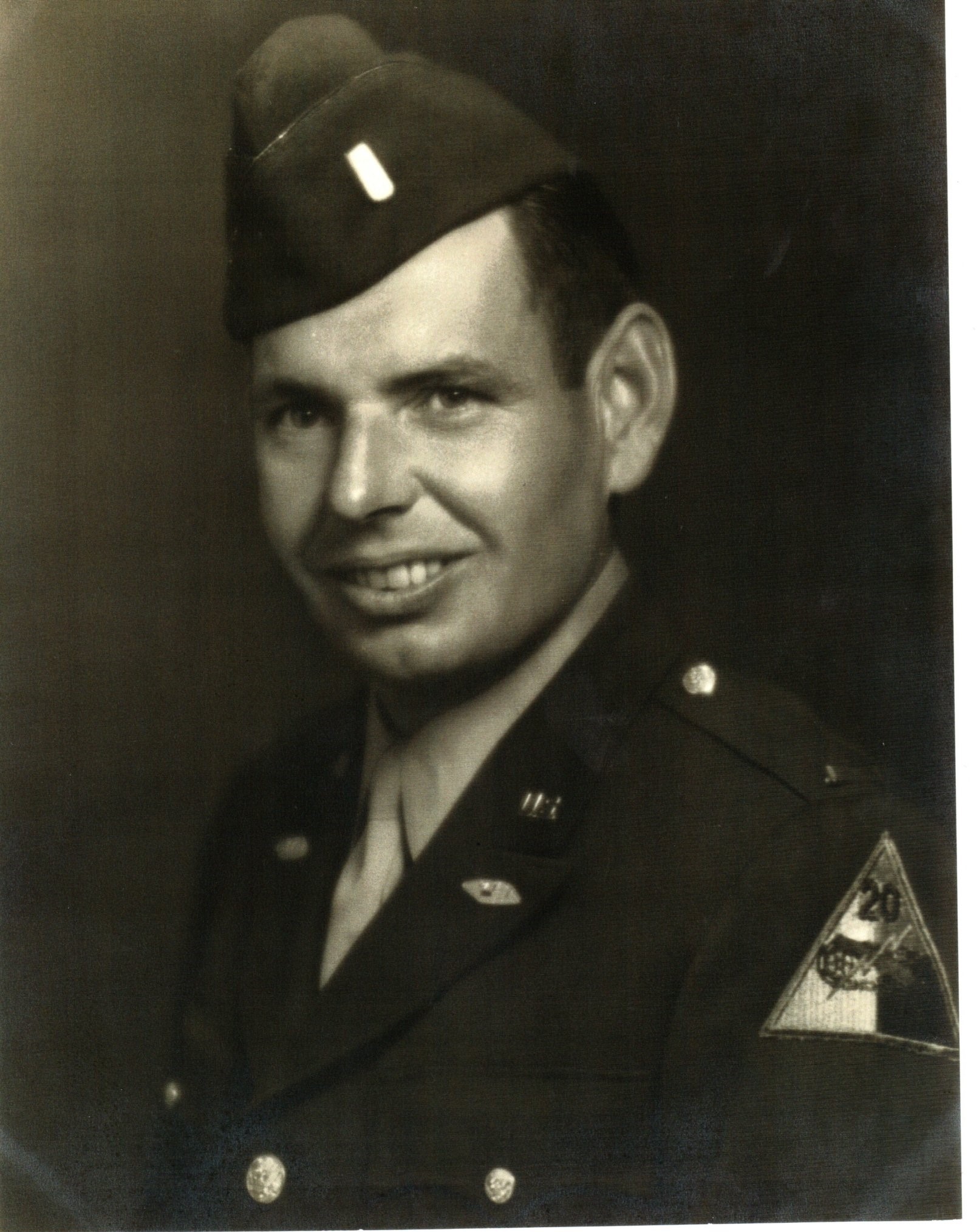 For most of his life, Charlie’s father drove an oil truck around the Sacramento Valley making deliveries to farmers and ranchers. It is a job that the elder Hoppin would serve loyally to – other than a break to serve in the Army during World War II – until the day he would retire.

Charles R. Hoppin Jr., who went by Ross, was a man of principle and lived life frugally. Gambling or taking big chances was not in his nature, which is why, after the second great war, it was a bit surprising to see Ross purchase land for farming.

With money from the G.I. bill in hand, Ross would team up with his friend Les Means to purchase 280 acres of farmland in the Sutter Basin. The duo grew primarily rice and safflower, which were two crops that thrived in the area due to ideal soil and weather patterns.

Although Ross never really wanted to be a farmer, he saw it as additional income to help provide a better life for his family. He wanted his son to go to college and land a successful career outside of agriculture.

“As a Mobil Oil distributor, my father saw many valley families who had trouble paying their monthly oil bills,” said Charlie Hoppin of Hoppin Family Farms. “That really shaped his view of agriculture and he pushed hard for me to find another pathway.”

At a young age Charlie was a go-getter. He didn’t follow traditional courses or rules just because someone told him that is what one did.

While he surely didn’t look his age, at 12 years old he was working on a glass bottom boat in a Monterrey Bay marine garden. His size and stature allowed him to pass as a 16-year-old – the required number of years to have lived one’s life before you could become an oarsman. When he came back home to Woodland for school, Charlie could be found driving tractors and irrigating fields. In short time he even landed on his godfather’s cattle ranch building fences and performing other mundane chores fit for young ranch hands.

For Ross, these jobs were fine for a kid trying to earn a few dollars while in grade school, but he wanted more for his son. Dad offered to pay tuition and gas money if Charlie would attend California State University – Chico after high school.

Charlie obliged, but there was always something that pulled him to farming and ranching.

“While at Chico State I started working as a sheep herder. I was asked to bring my flock in to help cut down weeds on the rice checks for farmers in Sutter County and rented winter pasture in the Chico area.”

Charlie and his sheep were efficient and cost-effective for landowners. Demand grew and the college student soon found himself out in the fields with the sheep more often than with his books inside the classroom. By his senior year, Charlie and the college stopped seeing one another on a regular basis, Charlie just couldn’t see himself in class any longer. Not only did his flock grow, the younger Hoppin had added a few cattle to the lot as well. Charlie would leave Chico at the end of his senior year without graduating.

“I had just a few more credits to go but I was giving my entire attention to my sheep and cows,” said Charlie. “Dad was disgusted with me that I did not finish the semester out.”

Not able to understand why his son had gone against the advice he had bestowed upon him; the senior Hoppin nearly disowned his son.

The divide would only grow larger between the two as Charlie’s turned his focus to raising cattle. By 1983, Charlie was $380,000 in the hole with the bank.

“The hardest part for me is that my father died in 1992 having heard stories of how I owed money, and he never saw the turn around that I always knew would come.”

And what a turnaround it was.

Now in control of his father’s farm in addition to several thousand acres of rented land, Charlie was out of debt after selling off all his cattle and working for others while he began farming.   All the while he was “planting a seed” that would eventually change it all.

In a bit of irony, it was a fruit without seeds that would provide a boon for the Hoppin family. Charlie was one of the first to grow seedless watermelons – making the family one of the most successful growers in the Sacramento Valley.

“We soon owned everything free and clear, not owing a single cent to the banks. That is something dad wanted all along for us.”

As the farm continued to thrive, Charlie looked to make a difference elsewhere. He was elected to the Board of Farmers Rice Cooperative in the early nineties and immediately was fascinated with all aspects of a large grower owned cooperative, especially the political interaction between growers and politicians on both the State and Federal level.

“I’ve always been a very conservative person, but soon realized that political success for agriculture required relationships with politicians on both sides of the aisle particularly as it related to the Farm Bill and water.”

Things really changed in 2001 when he played a vital role in getting a bill passed that would provide tax relief to farmers in California purchasing fuel, farm related parts and farm machinery for their fields. The hard-fought battle over the bill — which passed on a thin margin — made him realize that everyday people could make a difference if they applied themselves and this spurred Charlie to improve his network on both sides of issues.

As he met with farmers, landowners, conservation groups and water district members, Charlie began to build a strong coalition of water users that would serve useful in the near future. By listening and engaging with the different stakeholders, Charlie curated a unique understanding of the complexities each group faced as it related to water.

It ultimately set him up for something that just a few years prior he had not given a single thought to.

In what was considered the ultimate long shot, Charlie submitted an application to become a Board Member of the State Water Resources Board. Twenty-five people applied, many with years of political or conservation experience. There was no way a farmer from the Sacramento Valley would be appointed… or was there?

It is 2006 and we’re back at the Hyatt hotel with cigar smoke swirling. The question he knew was coming was bestowed upon him. Governor Schwarzenegger wanted Charlie to serve on the State Water Resources Board – a position no other farmer had held in the history of the appointed body.

“There was so much frustration in the valley by farmers who felt they did not have a voice as it pertained to water issues. I was elated to serve in this role to help bring a balanced approach to water management in our state. Interestingly, Arnold’s Secretary of the Environmental Protection Agency resigned the day after he appointed me.”

The State Water Board enforces policy on water quality and water rights throughout California and Charlie worked to implement practical solutions to a web of complex regulations. Part of the task was to reevaluate how water is allocated for farms, cities, and wildlife. One of the major controversial issues of water management continues to be the effects it has on endangered species.

“I felt that the smelt and other endangered or threatened Delta fish should be managed as a total species package rather than just considering an individual species. We needed to rethink how our efforts for one species might impact another to ensure the best results for all.” 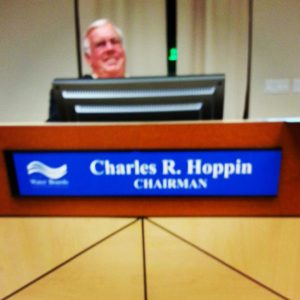 Charlie would become the chair of the board in 2009 and wound up holding that position until his voluntary retirement in 2013. Seen as a tough but fair board member and negotiator, Hoppin was revered by many on both sides of issue – mainly because he had worked with so many of them before he was appointed.

But even with all that he has accomplished, it is sad to see that the one man who so desperately wanted success for his son will never see what Charlie has become.

Ross Hoppin wasn’t there to witness Charlie turn his farming business around. He didn’t get to see his son return to school for those final few credits to graduate, and he even missed the time Chico State recognized Charlie as a Distinguished Alumni.

While the senior Hoppin may have felt a bit of heart break in the years before he passed, today Charlie has surely surpassed any expectations a father could have dreamed up for his son. To be able to see the lasting impact Charlie Hoppin is leaving is something Ross never would have imagined, but it is surely something he would be extremely proud of.

5 thoughts on “The Farmer Who Defied His Father”