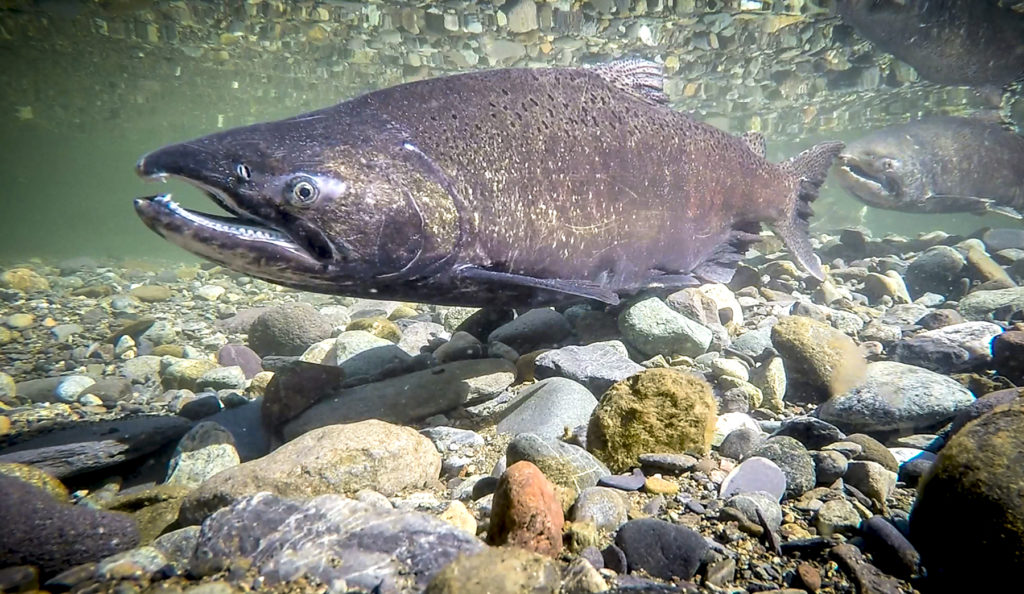 Earlier today the water suppliers and landowners along the Sacramento River joined with federal and state agencies in a new science collaborative designed to inform ongoing efforts to improve conditions for salmon on the Sacramento River, while also helping better manage water for cities and rural communities, farms, refuges and wildlife management areas that depend upon this water.

The Sacramento River Science Partnership (Partnership) establishes a science collaborative in which members will develop, share and discuss science to inform water management activities and protection of fish in the mainstem Sacramento River. For the full news release, click here. We have all seen that warring science only leads to conflict, acrimony and lack of trust. This new path forward for collaborative science is important for our continuing efforts to understand the needs of salmon and advance recovery projects in a thoughtful and scientific manner. We know this process will be hard work, but this will help improve conditions for salmon and more effective water management on the Sacramento River.

The initial Charter members include the Bureau of Reclamation, Sacramento River Settlement Contractors (SRSC), NOAA Fisheries’ West Coast Region and Southwest Fisheries Science Center, California Department of Fish and Wildlife, U.S. Fish and Wildlife Service, and California Department of Water Resources. We invite others interested in collaborative science to join this effort. By openly discussing science from various perspectives, we anticipate opportunities to promote effective and efficient science may emerge. Through the Partnership, the various partners will share and develop science to inform sustainable solutions to water management challenges, including resolving conflicts between water supply delivery and fish survival.

We strongly believe the diversity of the Partnership demonstrates its strength, because it draws on the expertise of local, state and federal partners. A shared understanding of research and monitoring, as well as co-production of science will help build trust between agencies and stakeholders.

The first task for the new collaborative already underway is co-producing a Science Plan for the mainstem of the Sacramento River from Lake Shasta to Verona (the confluence with the Feather River), including the Sutter Bypass. The Science Plan, which is being led by accomplished scientist Denise Reed, has been reviewed by scientists and a revised version will be available in mid-September for public review and input. The Science Plan provides science and research recommendations centered on prediction, detection and understanding of the effects of management actions designed to support all four runs of Chinook salmon. The Science Plan will identify approaches to collaborative learning that can be applied to management actions proposed in various relevant projects and agreements. The Partnership is coordinating this Plan with other groups working on water issues in the Sacramento River watershed and Central Valley salmon species. 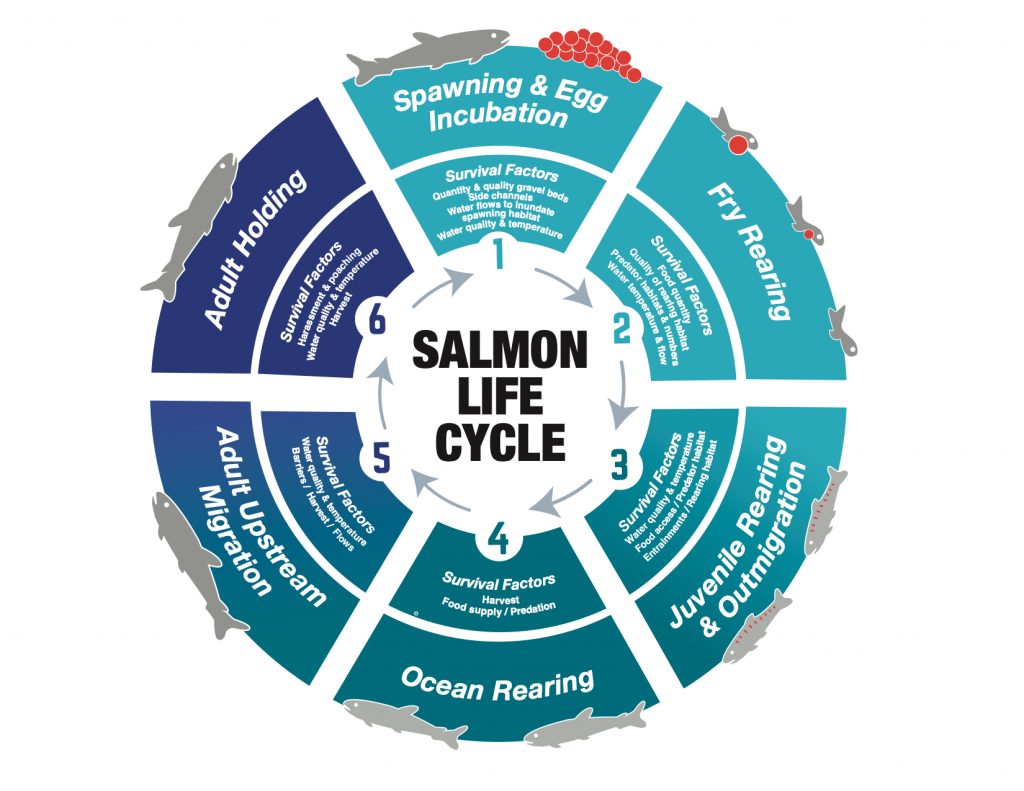 As a migratory species that typically spends only a few months in the river, supporting the fish in a scientific and timely manner is critical to their long-term survival. GCID, working with other Sacramento River Settlement Contractors and our conservation partners, have been working on projects located from the Delta to Redding, with the goal of producing better habitats and practices for the benefit of salmon. In the upper river, many of the historic spawning and early life stage sites that salmon used to rely on have been altered by levees and Shasta Dam. To address this issue, the coalition is creating and improving viable and effective habitats, based on scientific recommendations, to better integrate with managed flows and temperatures below Shasta Lake. This includes three critical parts of the salmon life cycle:

Winter-run salmon historically spawned (laid their eggs) in the upper reaches of the Sacramento River and its tributaries, which is now above Shasta Lake. To mimic these sites, GCID and others have placed 15,000 tons of gravel in the river and side channels were opened to the river below Shasta Lake to provide new spawning habitat for salmon. To see how a project came together and why it is vital to the salmons’ survival, click here.

With salmon now spawning below Shasta Lake, cold water is released with precision at specific times from the deeper (and thus colder) parts of Shasta Lake to flow over the spawning gravels during egg incubation. The science emerging from the Partnership will be particularly helpful to inform the monitoring, modelling and various actions to improve temperature management. The SRSCs work with the Bureau of Reclamation and NOAA to schedule cold water releases to maximize egg incubation.

Juvenile salmon look to debris such as trees and rocks for protection from predators. Due to Shasta Dam and human development along the banks, fewer debris enters the river, leaving a bare channel with no shelter for fish. To change this, our coalition has built 25 salmon shelter structures, which are made of walnut trunks and root wads bolted to limestone boulders, and placed them in strategic locations in the river. Finding shelter allows the salmon to eat and grow, increasing their odds of survival as they begin their journey to the ocean. To see how the SRSCs placed 25 salmon structures in the Sacramento River, click here.

To see a flyover of the upper Sacramento River near Redding, including the primary spawning habitat for Winter-run Chinook Salmon, please click here.

We look forward to working with our various partners and we would welcome any input and further ideas at: tbettner@gcid.net.