The Northern California Water Association (NCWA) is committed to advance the economic, social, and environmental sustainability of the Sacramento Valley by enhancing and preserving its water rights, supplies, and water quality for the rich mosaic of farmlands, cities and rural communities, refuges and managed wetlands, and meandering rivers that support fisheries and wildlife.

California history is filled with stories of competing interests seeking new water supplies to satisfy their ever increasing needs. Over the years, many of these attempts have threatened the water rights and supplies, the environment, communities and the way of life in Northern California. The Northern California Water Association (NCWA) was formed in 1992 to present a unified voice to ensure that this region has reliable and affordable water supplies—both now and into the future. 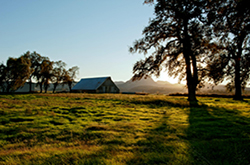 We are the water districts, water companies, small towns, rural communities and landowners that beneficially use both surface and groundwater resources in the Sacramento Valley. NCWA’s Board of Director’s and staff are committed to safeguard water supplies in the Sacramento Valley and constructive leadership in the pursuit of solutions to resolve California’s most perplexing water problems. As a result, NCWA is the recognized voice of Northern California water. NCWA represents the entire Sacramento Valley, which extends from Sacramento to north of Redding, and between the crests of the Sierra Nevada and the Coast Range.

NCWA is governed by a Board of Directors (Board) who are elected by the NCWA members every other year. The Board meets six times a year in different places throughout the Sacramento Valley. The Board sets the priorities for NCWA, oversees the organization and actively represents NCWA in various state and federal venues. The Board members are listed at www.norcalwater.org/about/board-members.

NCWA is actively involved in all aspects of California water at both the state and federal level, including the various regulatory, legislative, legal, and communication arenas. A full listing of the NCWA staff and their biographies can be seen at www.norcalwater.org/about/staff. NCWA staff are always available to help NCWA members at any time by phone and we can attend Board meetings, annual meetings and any other meeting upon request. 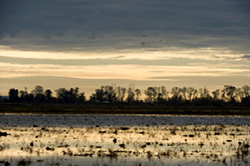 NCWA brings the water leaders in the region together to safeguard the region’s water rights and supplies by working with Congress, the State Legislature, state and federal agencies, and various stakeholders throughout the state. NCWA has also led and coordinated efforts for water resources managers to implement sustainability initiatives and integrated regional planning across this diverse region.

The NCWA Board of Directors annually develops priorities for the upcoming year. The current Strategic Planning and Priorities is available from NCWA.

NCWA members provide reliable supplies of clean water for the natural and working landscapes between the crests of the Sierra Nevada and the Coast Range, which includes a unique mosaic:

Leaders in the Sacramento Valley talk about NCWA and their parents important role in the formation of NCWA in the early 1990s.

NCWA hosts an annual meeting in March to showcase the region and to invite diverse parties to share their perspectives on water and the Sacramento Valley. NCWA also has various Task Forces on topics that are important to the Sacramento Valley. This includes the Bay-Delta, Groundwater Management, and Communications. NCWA also has managers meetings to discuss timely topics of interest.

NCWA hosts an intensive 6-month water leaders program every other year. Representatives for NCWA members and partners are encouraged to participate in the program and to assist us in cultivating future water leadership in the Sacramento Valley. 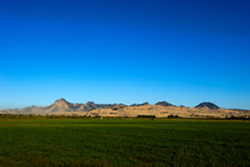