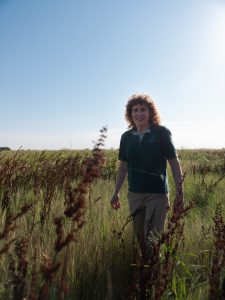 Virginia was feeling a bit down.

She was hoping to land an internship during the summer break.

Prospects were bleak. Virginia’s attitude even more so.

Ever since she was eight years old, Ed could see it in her eyes. His little girl was destined to become a biologist. Each summer they spent time at the family’s cabin above Carmel Valley. Ed saw the joy those days in the great outdoors brought his daughter. But a decade later, at a pivotal moment in Virginia’s life, Ed watched as the glow faded from his daughter’s eyes.

Back home in Pacific Grove for the summer, Ed could not stomach the sight of his youngest daughter moping around any longer. He packed up the car and the pair hit Highway 101 back to the University of California, Davis.

Virginia wasn’t sure how much good the trip would do. Many of her classmates were already eyeing different careers. This was at a time when there were fewer nonprofit organizations and public agencies wanted people with significant wildlife management. Jobs for Virginia were difficult to come by.

Professor Dennis Raveling could see Virginia’s passion too. He was not about to let her fall off track. The respected waterfowl advocate and scientist pushed Virginia to follow her dream.

“Dr. Raveling told me it would not be an easy path but that if that was what I really wanted to do, then I should stick with it,” said Virginia Getz. “He said as long as I work hard and do my best with every opportunity I’m given, that I’d find my opportunity.” 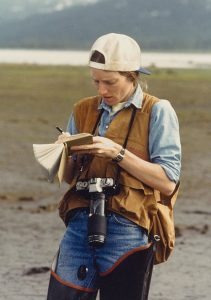 The chat gave her the confidence she needed. And Ed would once again see the glow was back.

The shine would become nearly blinding as Virginia landed her first job. Hired as a U.S. Forest Service deer monitor, she was out in different parts of the Sierra Nevada nearly every week. Life was grand.

But little did she know that a duck hunting trip would take her to new heights. She didn’t get any ducks that day but being out in the field with the waterfowl spoke to her in a way that no other species had before. The sheer beauty and power of their wildness left her awestruck.

Once she learned what the birds endure during their migration, she was left with a desire to do more.

“The first time I heard the noise of a big flock of snow geese it made my heart race.”

Virginia would get to follow the flight path of these birds to her next adventure. By the early 2000s, the waterfowl conservation organization Ducks Unlimited came calling. And today, Getz is the conservation programs manager, which means she oversees habitat conservation in California, Nevada, Hawaii, and Arizona.

Her challenge is no longer finding work but finding ways to make the program she oversees work as efficiently as possible.

“Good science isn’t enough; demand and costs of water may be putting birds at risk,” said Getz. “We have to find ways to ensure habitat and population gains we’ve made since the 1980s don’t slip in the coming years.”

Bird populations and duck habitats rely on water spread out on wetlands and ricelands throughout the Sacramento Valley during the winter months.

“We are heavily reliant on agricultural lands for waterfowl habitat, which means it is more critical than ever that we work in partnership with farmers to ensure a balance for crops and wildlife,” said Getz.

Ducks Unlimited works with landowners, farmers, water districts and state and federal agencies to create habitat for ducks and other migrating birds. To date, the organization has worked on 1,300 conservation projects spanning 719,000 acres of habitat in California alone. Getz is at the center of many of them. And it all goes back to a father who believed in his daughter and a professor who provided a bit of optimism to an aspiring biologist.

And the glow, it is still there after all these years.

“Each time I’m out in the marsh it reminds me of the first time all over again. That same excitement and awe come back every single time.” 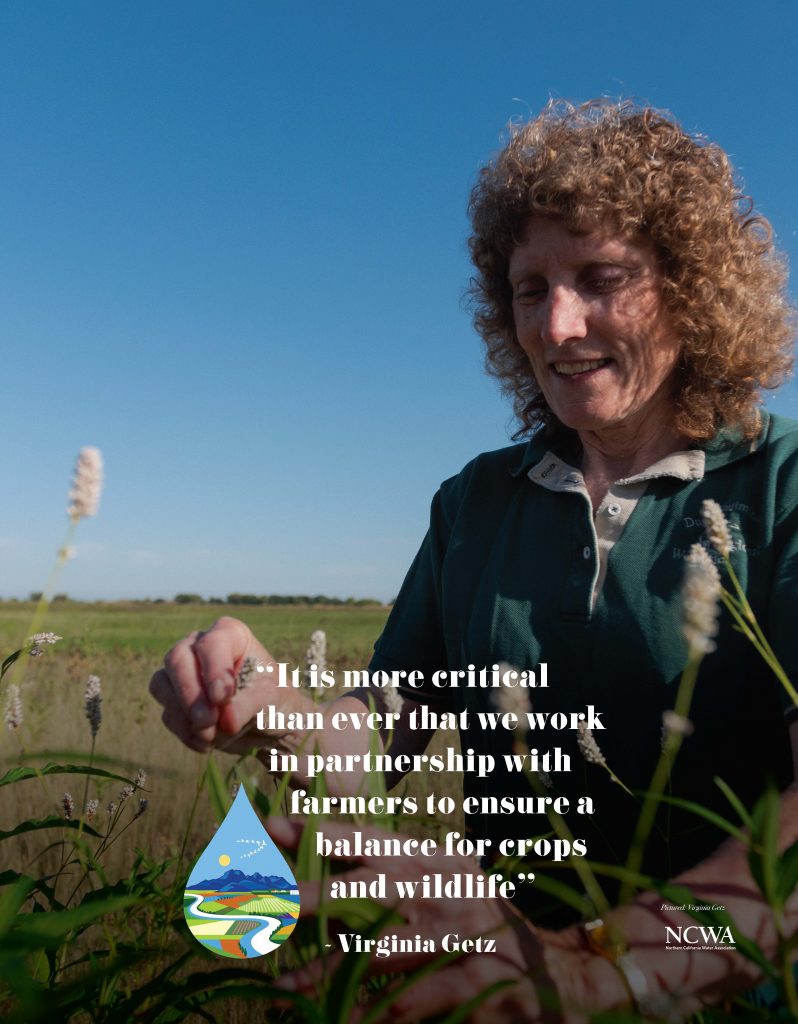 Listen to “The Radiant Biologist” here.

Virginia Getz will be one of the speakers next Wednesday, November 20th at the Kickoff Celebration for the Gray Lodge Wildlife Area Water Supply Project.  This multi-benefit system improvement project will increase the conveyance capacity and improve water supply reliability for the Wildlife Area that provides habitat for more than 300 species, including resident and migrant birds.  See the flyer below for more information. 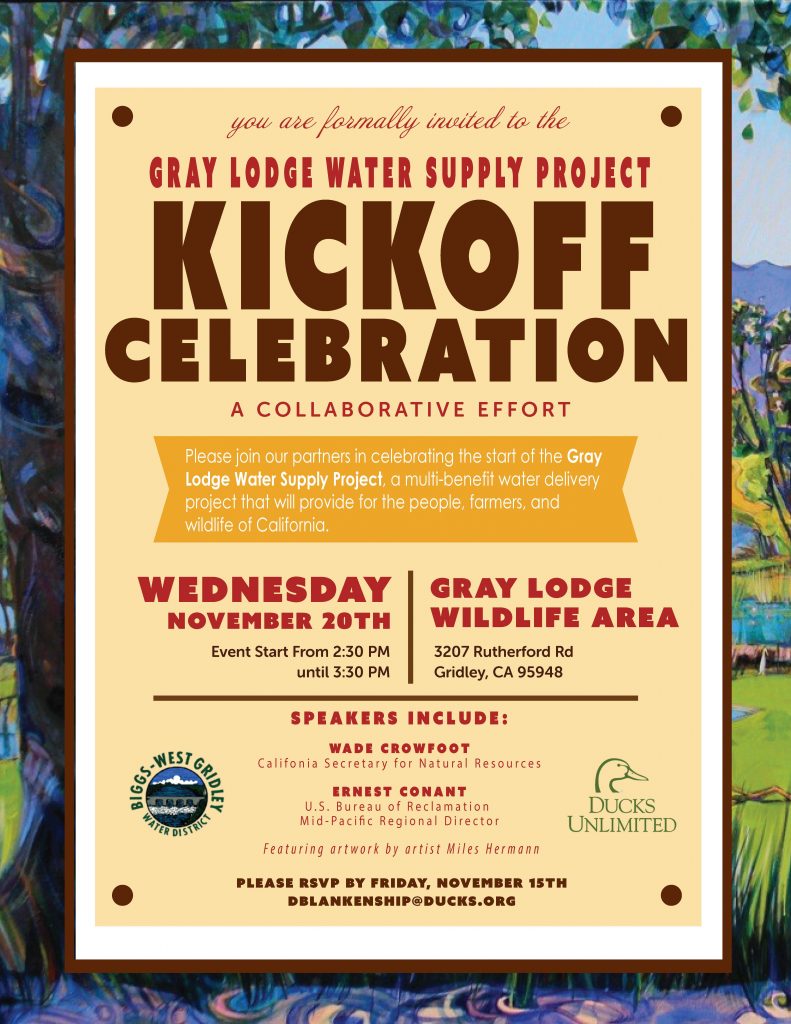