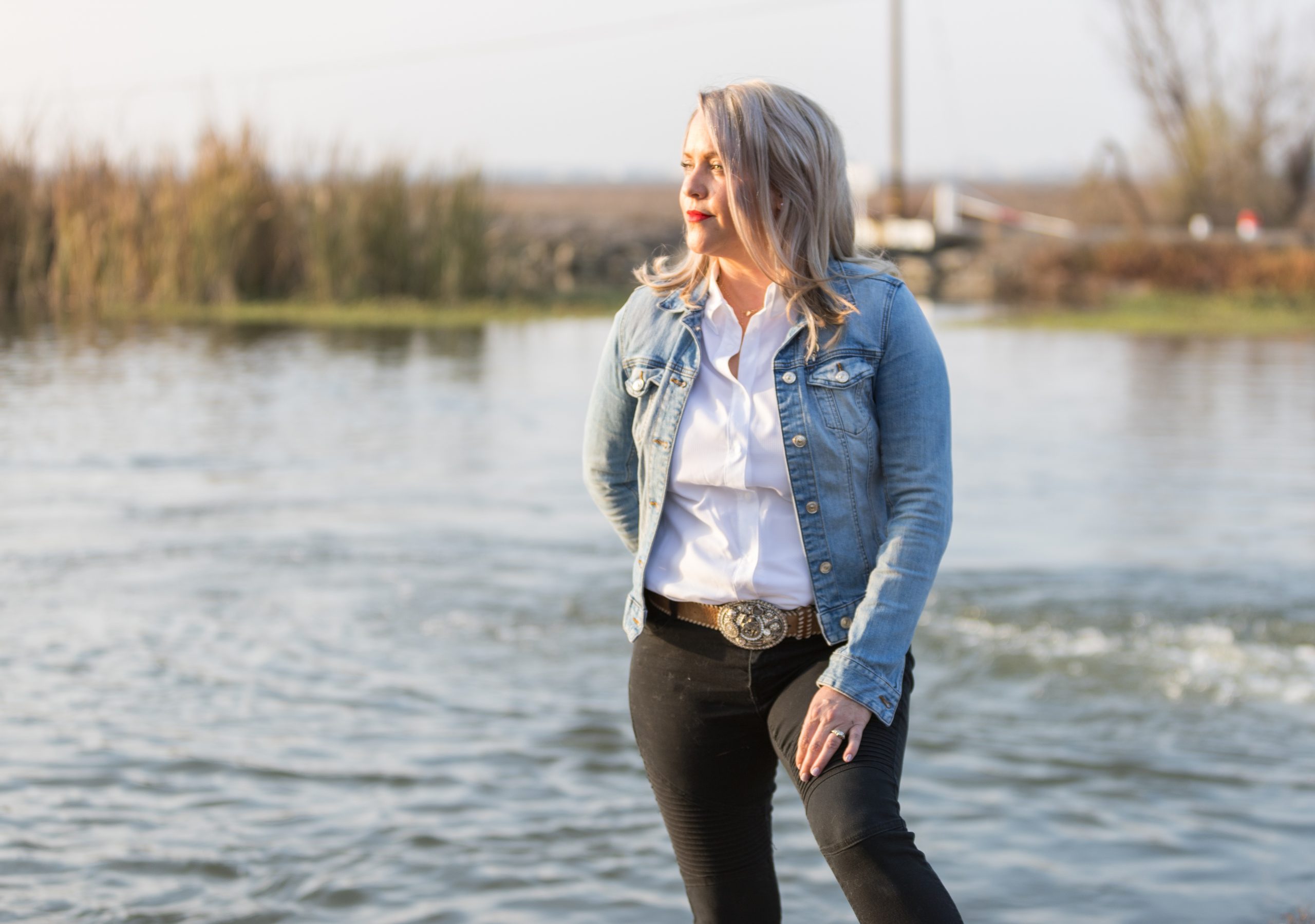 The eyes of the beast hovered slightly over the water. The seemingly unworldly reptile peered across its horizon at the little girl who sat frozen in the canoe.

Only a thin sliver of aluminum separated the two.

With the hot Texas sun leaving beads of sweat across her brow, Maya believed “this was it.” But, before the stare down could go on much further, a chuckle came from the other end of the boat.

As he sat an arm length away, Steve couldn’t help but laugh at the girl’s imagined doom. Her eyes may have been as big as two moons, but it was a glimpse into what this girl would one day become.

The alligator dropped back below the surface and from that day on, it was hard to convince Maya to stay home. She was happily dragged to every survey, rescue or surveillance trip Steve would take her on. To this 8-year-old, there wasn’t a doll house or My Little Pony that could compete with the adventures she had with dad.

At the time of the “Great Alligator Encounter,” Steve worked as the manager of the Laguna Atascosa National Wildlife Refuge in South Texas. So, opportunities for Maya to tag along were aplenty.

Soon enough, she wasn’t just tagging along. By the time the family moved to Northern California in the early 2000s, the father and daughter would gear up often for mornings in the wetlands.

“One of the things we loved to do together was duck hunt,” said Maya Kepner. “But it was never just about hunting, it was about spending time in the blinds, seeing the sun come up over the water, hearing the geese flap their wings across the wet fields. We’d become paralyzed watching these beautiful animals take flight overhead.” 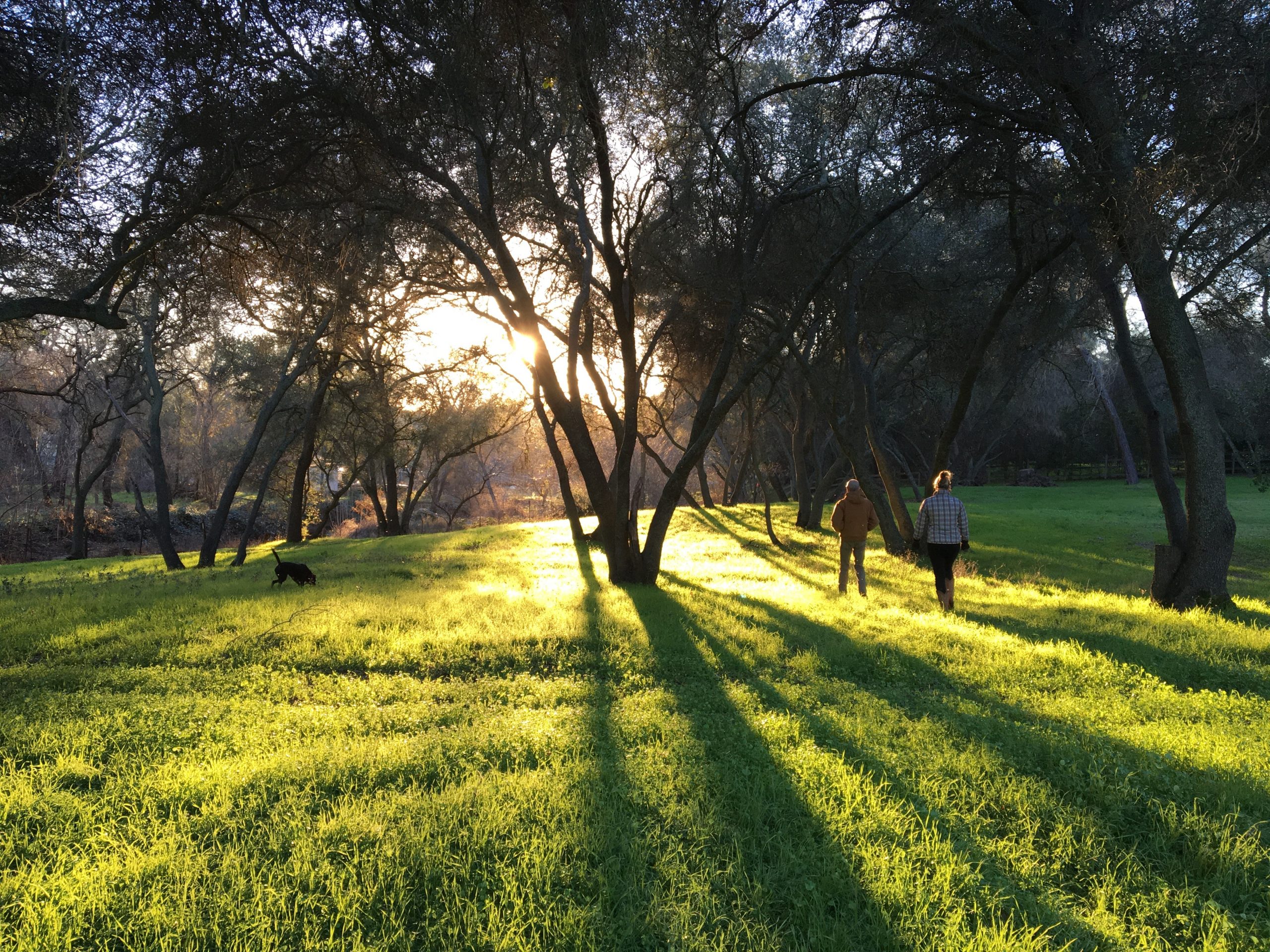 Overhead is where Maya would soon find herself as she was routinely flying with CDFW in a helicopter tracking Tule Elk throughout California.

But the thrill of the new job was about to take a nose dive. Steep budget cuts meant state agencies would begin furloughing employees every Friday. With a bit less income heading her way, she used the new off days to team up with dad.

Steve had gone out on his own after retiring from Fish and Wildlife some years earlier. He found joy working with Northern California landowners and farmers to create better habitat for wildlife through his company Steve Thompson, L.L.C. 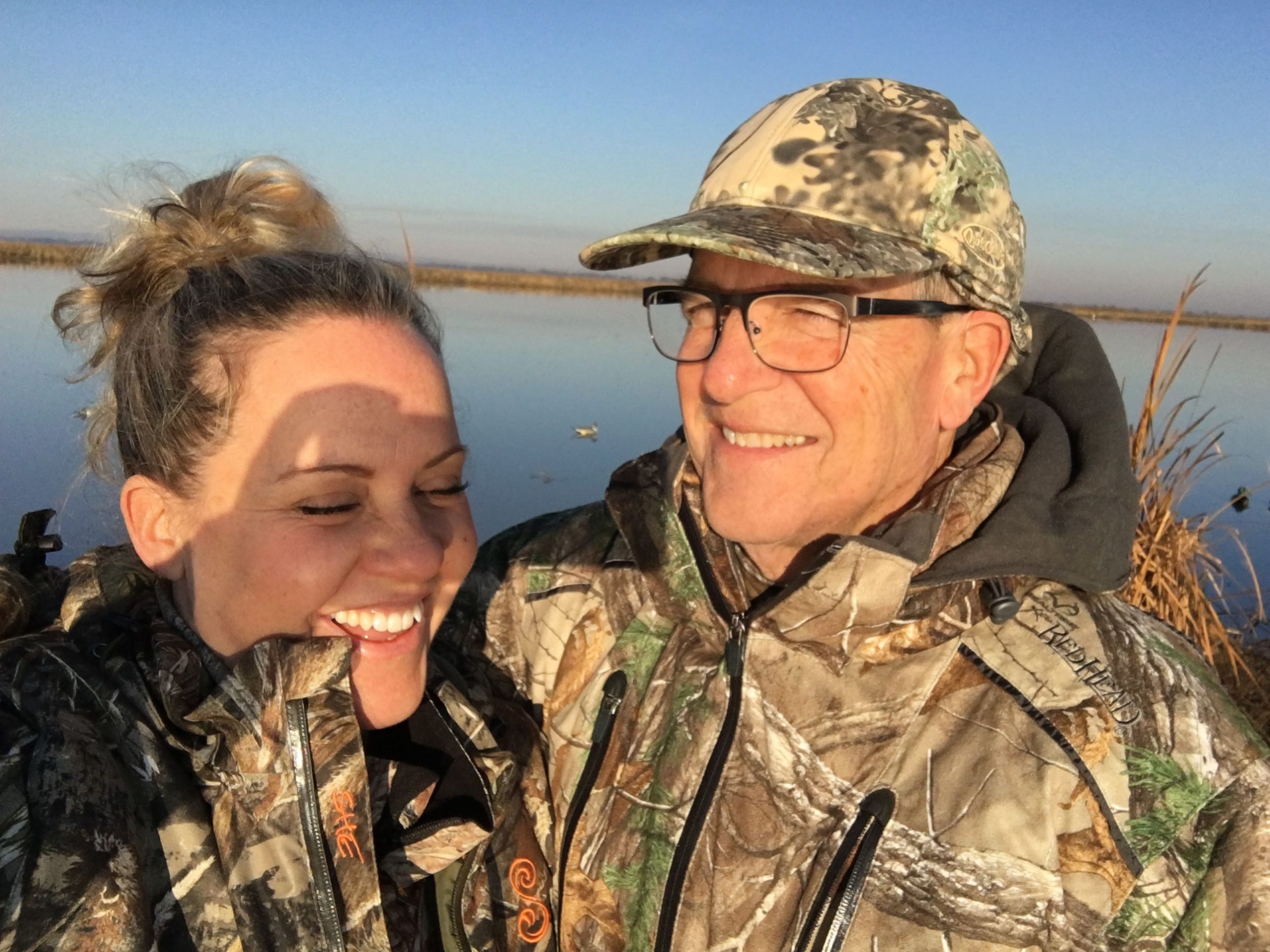 “My father was a great listener and he had a real knack for finding partnerships that benefitted both sides,” Kepner said. “Something that was not always easy, but he found real joy when it all came together.”

Working with the landowners and government agencies, Maya and her father, Steve, were able to help ensure 6,200 acres of critical habitat for wildlife also serves as productive farmland.

“When state and local agencies and private landowners can demonstrate how they can work together to help native species and preserve historic agricultural practices, a beautiful collaboration is born,” said Kepner, Founder and Managing Member of American West Conservation.

Kepner continues conservation efforts today with her own company- American West Conservation, L.L.C. working with ranchers, farmers, private landowners, and developers throughout California and Nevada. Albeit now, she does it alone. Steve passed away in 2018 after a two-year battle with cancer. 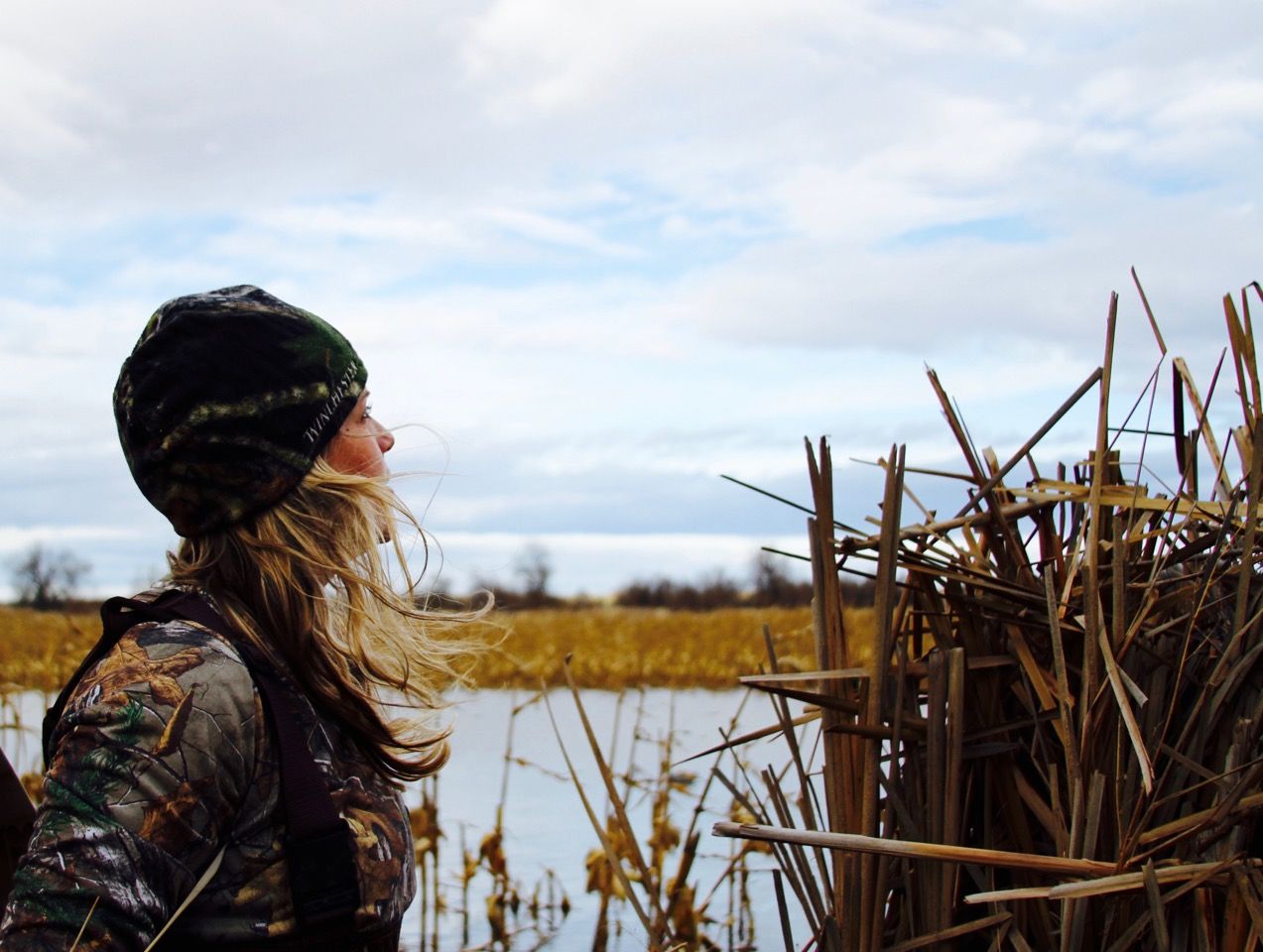 “He loved the challenge of bringing two sides together to do something great for conservation. Every day I’m out there in the fields or in the conference room, I’m trying to honor him. Trying to keep his spirit and effort alive. I want to ensure that his goals and aspirations do not pass with him,” adds Kepner.

His name will not be forgotten anytime soon. In what can only be described as extremely rare for the U.S. Fish and Wildlife, the agency is renaming a habitat preserve north of the Sutter Buttes to the Steve Thompson North Central Valley Wildlife Management Area.

But his fairmindedness and love for the wildlife will not only be remembered in Northern California but back in South Texas in Rio Hondo as well. The Laguna Atascosa National Wildlife Refuge, the site of Maya’s infamous alligator encounter, also bears Steve’s name – the main roadway is now known as Steve Thompson Wildlife Drive.

“Our family is incredibly humbled and honored that so many people would take the time and effort to honor our father this way,” said Kepner. “We hope that his work will inspire others to find common ground to solve complex wildlife management issues.” 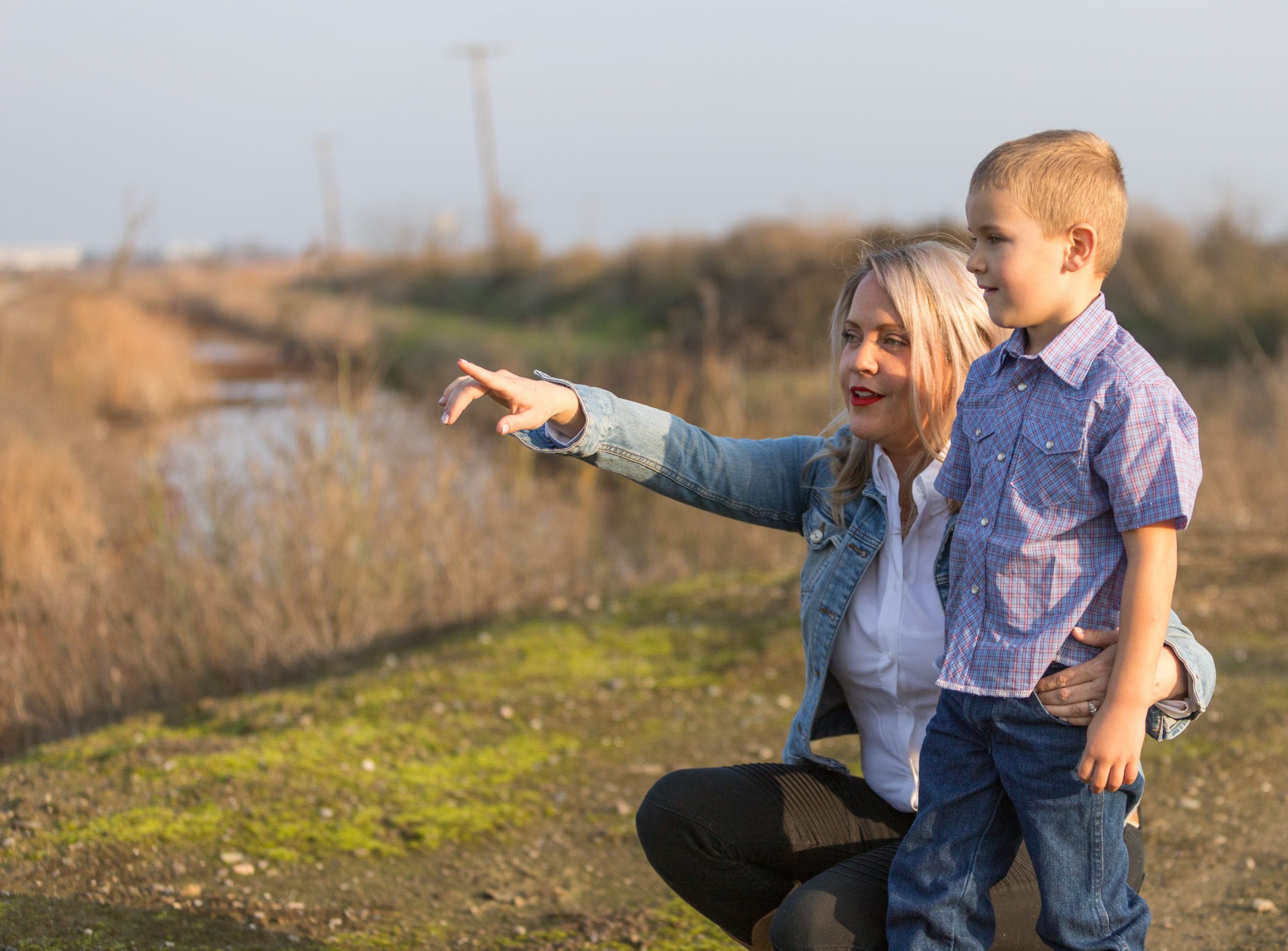 Maya, the once frightened girl in the canoe, is now the one who feels the joy of her child falling in love with the great outdoors. Just like she did with dad, Maya finds time to drag Dillon out into the fields whenever possible. Something that is never protested by the dusty blonde-haired, 5-year-old who wants nothing more than an afternoon in the mud.

And like grandpa and his mother before him, it seems almost impossible that Dillon won’t follow in their footsteps, and that — will be to the great benefit of wildlife in California. 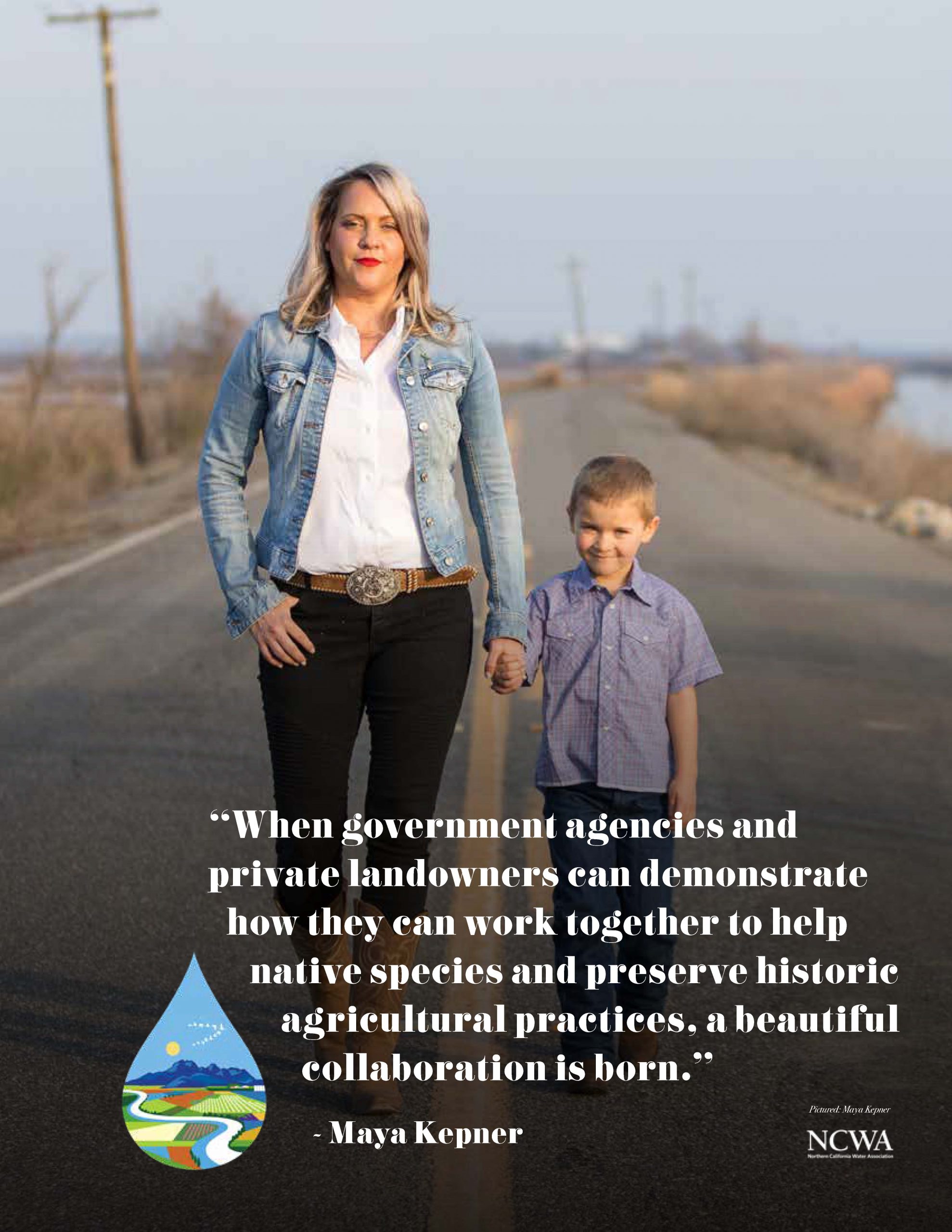