As California seeks water resiliency and solutions to prepare for more extreme wet and dry years, Sites Reservoir emerges as an innovative 21st century water project: an off-stream regulating reservoir on the west-side of the Sacramento Valley that can store water for the future by capturing it during high runoff periods, and then releasing it for various beneficial uses at a later time. With its location upstream of the Delta and near the Sacramento River, water in Sites reservoir would serve multiple benefits in the Sacramento Valley, as well as the Delta and the rest of the state.

Importantly, Sites Reservoir would benefit California and thus help provide resiliency in all types of years. The following provides a good illustration using recent years as an example.

For more details, see the information below or visit the Sites Project Authority. 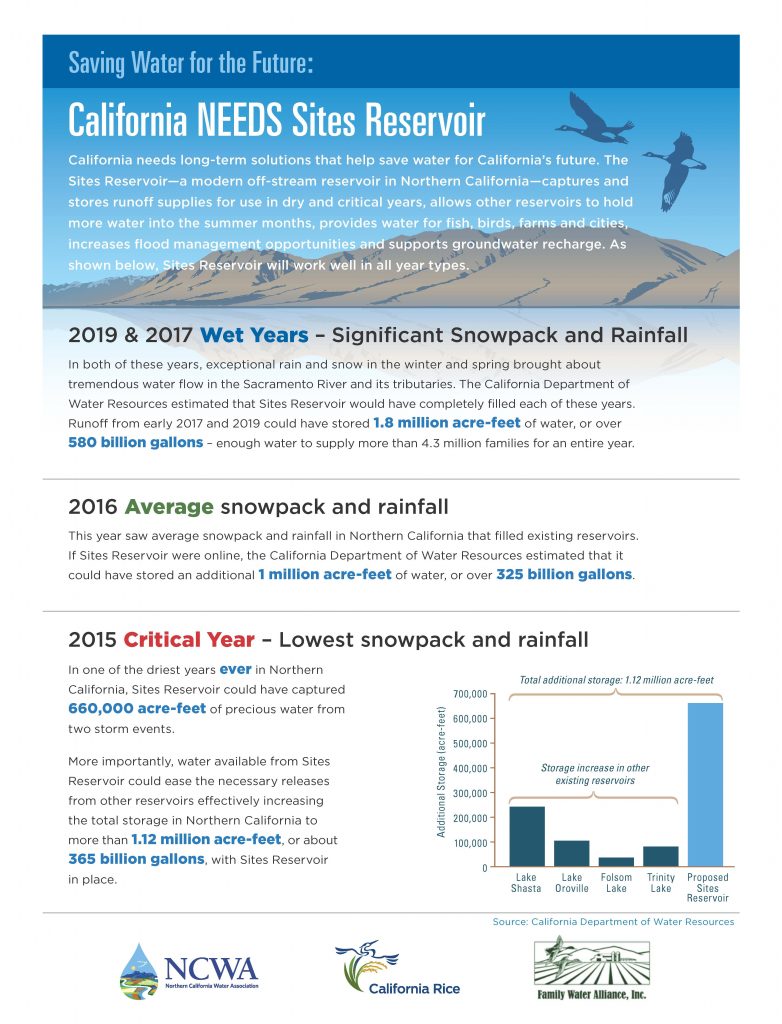