He wasn’t supposed to be able to grow anything on this plot of land, but somehow, that is exactly what Al Montna did.

It was 1967, and following in his father’s footsteps, Al came back home to Northern California after college to give farming a shot.

His family owned some land south of Yuba City in Dingville, but it had been leased out to a tenant farmer named Cobb Saunders after Al’s father, Dutch, unexpectedly passed 10 years earlier. 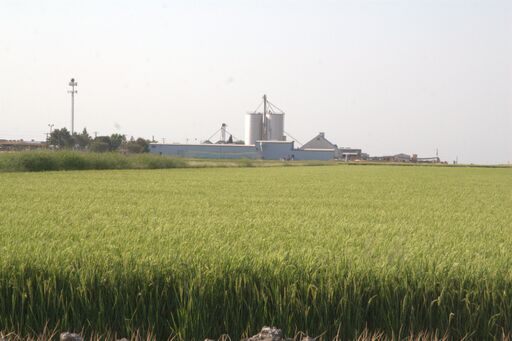 It would have been reasonable to think Al would find a different career. After all, Dutch died of a heart attack just three months after a Christmastime flood destroyed the family farm.

But Dutch’s son was feeling confident that he had what it took. He asked Cobb for a good field so he could try his hand at rice farming.

“Cobb honored my father’s request by giving him the toughest field possible to turn a decent yield,” said Nicole Montna Van Vleck, President and CEO of Montna Farms.  “It was a plot of land that gave even the most experienced farmers a fit.”

But he didn’t and instead, by that fall Al had long, luscious rice stalks sprouting from this unforgiving plot of earth. Cobb was left impressed.

In the decades that followed — Montna Family Farms would become a world-renowned producer of short-grain rice. But in those first few years, it was Al’s medium-grain rice, known as Calrose, that was the star of the family’s farm.

“Many would be satisfied with the success the farm was having, but our father wanted more,” adds Nicole.

“These lands can do more than just produce rice,” Al reckoned to family and friends.

As an avid waterfowl hunter, Al was dejected by the dismal number of birds he saw around his fields in the 1960s and 1970s. He knew that the flames kept the birds away and destroyed much of their food source.

At the time, the cheapest and fastest way to decompose of remaining rice straw stubble after harvest was to simply burn it.  But the smoke did not bode well for the valley and its inhabitants.

Northern California was one of the top rice producing regions in the world, so change would not come easy, regardless of how smoky the air became.

“He should have been discouraged by this seemingly daunting task, but of course, he took that as a challenge.”

It was the early 1980s and Montna began seeking partners to help in the crusade. A few neighboring farmers signed on as did the bird-loving Ducks Unlimited. A coalition had formed that would look for alternative ways to decompose the rice straw. 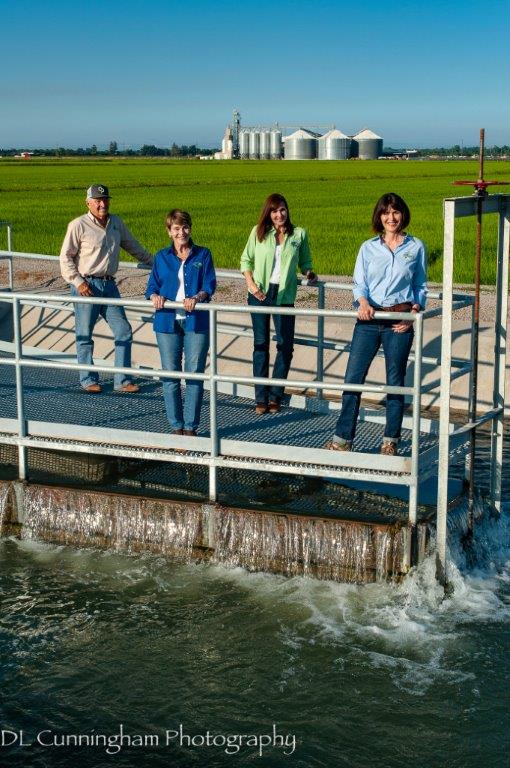 Their answer, as it turned out, had always been there, lapping at the river’s shore.

By flooding the fields with a few inches of water during the fall and winter, the remaining rice straw will wither away without polluting the skies.

“The water was a magnet for shorebirds and waterfowl alike. All of the sudden the rice fields looked like the wetlands that once covered the valley.”

Through this effort, the family had helped to create the first ever wildlife-friendly farmland in California. By the 2000s, Al no longer saw a handful of birds. He saw millions return to the valley each year.

A big reason for that is the food. Two-thirds of what these birds will need during the colder months can be found on farms like the Montna’s.

Deemed a success by conservationists, farmers and state agencies alike, it would seem the work would be over. But yet again, for the Montnas, it was not.

Led by Al’s daughters, Nicole and Michele, the family continues to push the family to think even bigger, or maybe more accurately, smaller, but with big results.

The family began to look at different rice to plant and now is a world-renowned grower of the short grain rice known as Tamanishiki. To the Japanese, it is the best rice you can produce. And for chefs, it might as well be called “white gold.” 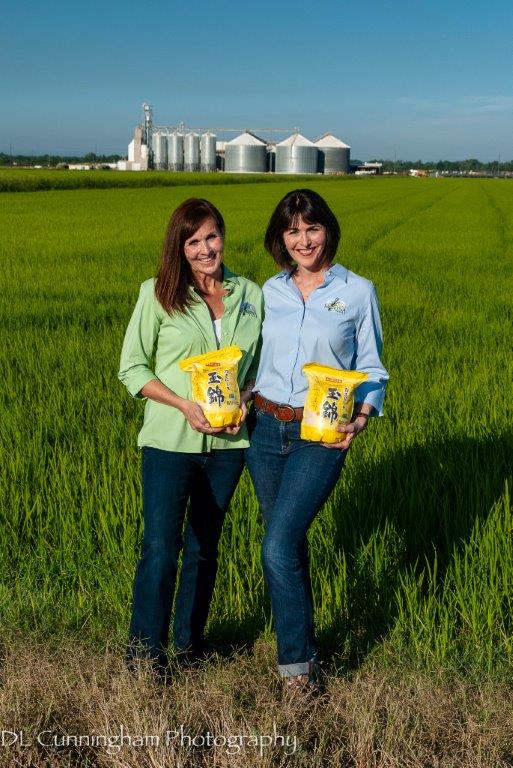 From the Big Apple to South Beach to Sin City, Montna’s rice now serves as the bedding for some of the best nigiri rolls in the country.

And the rice is bagged just a short drive from that “terrible” plot of land that wasn’t supposed to grow much of anything at all. Let alone foster the growth of one of the most recognizable rice products in the restaurant industry.

But it’s not all business with the Montnas. That second small item underway, lies just beyond the riverbank.

California’s chinook salmon are struggling to survive as their population numbers are dwindling at an alarming rate.

“We knew we had to step up and do something and with the help of scientists at UC Davis and Cal Trout, we found an answer on our rice fields.”

In a place where you weren’t supposed to grow much, Al found a way to grow rice and provide a home for birds. Now, those same fields, under his daughters’ care, are helping fish on their journey to the Pacific Ocean.

“This display is quite dazzling. With a single scoop of water in a rice field, you will find thousands of tiny bugs darting to and fro.”

While the bugs may make you squirm, to a juvenile salmon, this is like a complimentary all-you-can-eat Las Vegas buffet.

Just with the water for the birds, this food for the fish could mean the difference between saving the salmon or not.

And as you’ve heard before. It isn’t really supposed to work. But somehow, it just might. 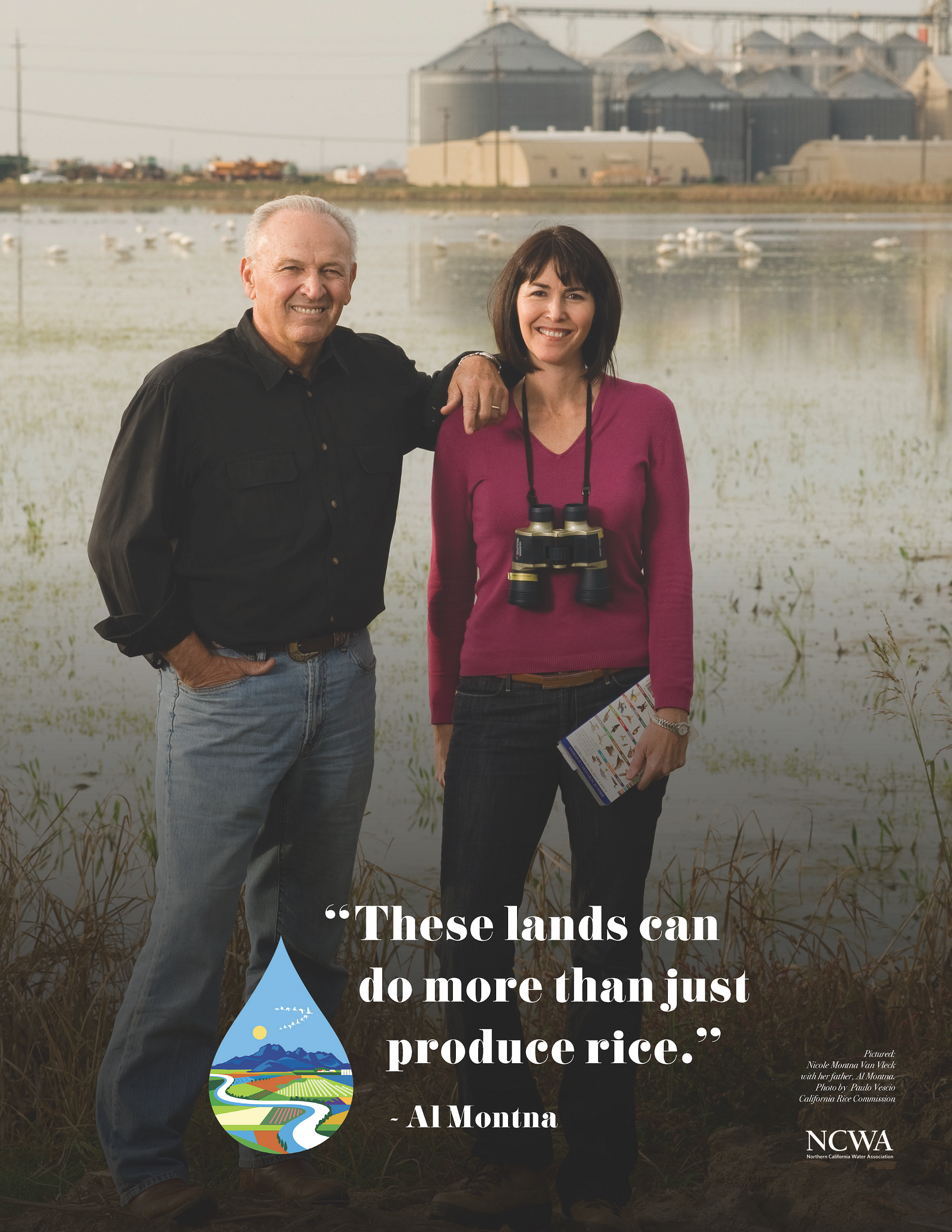