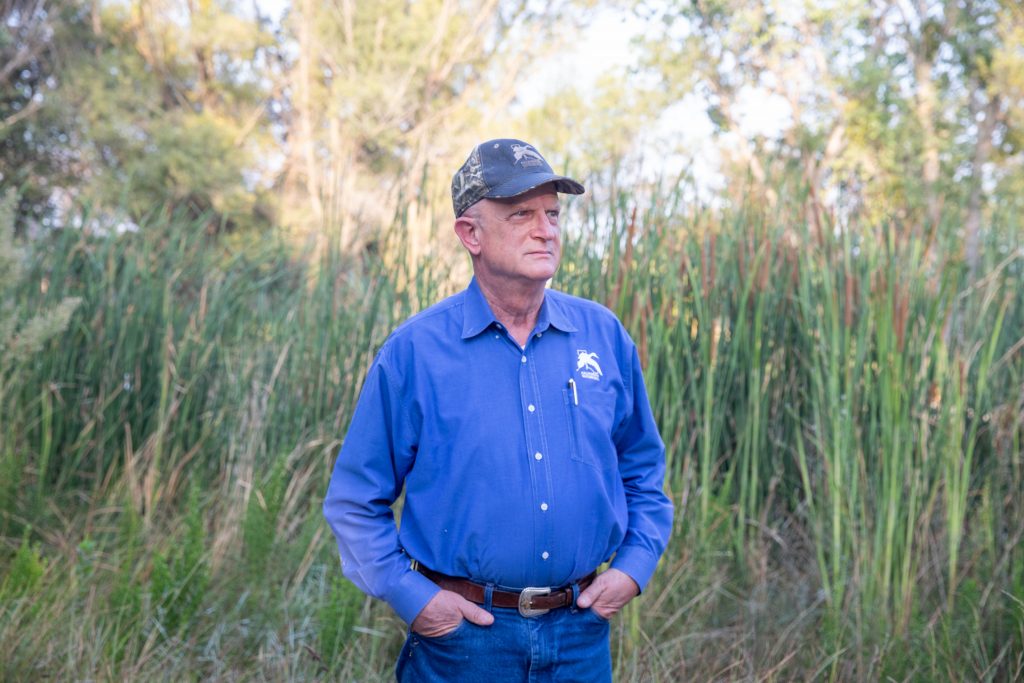 Even as he dreamt of herding cattle on ranch lands in Northern California, a body of water was ever present in that cowboy fantasy. Whether a pristine lake or a rippling river, the youngster was always drawn to the beauty these waterways imposed on the landscape.

Some 60 years later part of that dream is no longer a mere object in the background, yet has taken center stage.

As a UC Davis student in the 1970s Jeff Volberg studied agricultural business management in hopes of making a career on the farm fields and ranches that dotted the West. But after four years of working on remote ranches in Northern California and Nevada that dream started to fade. It was a lonely life, with no prospect of a long-term home and family. A more conservative approach to a career took form, and the onetime wrangler no longer wore blue jeans and boots, but now suits and ties.

Landing a job in farm finance, Jeff soon became astutely aware of how much water played a role in a rancher’s or farmer’s livelihood. By the time he was in his early thirties, Volberg was attending law school at night and a sharper focus on water law and regulations came into view.

But that draw to farming and ranching always seemed to rear its head, sometimes in the unlikeliest of ways. In 1995, Volberg was approached by a Southern California grapefruit farmer who was also a State Senator. Dave Kelly needed someone who could help him navigate through complex water issues, Jeff was a perfect addition to fulfill that role.

“Senator Kelly was instrumental in teaching me how to ride through various political ups and downs that presented themselves on a near daily basis,” said Jeff Volberg. “We found ways to work with various groups throughout the state in hopes of making sound water decisions.”

Once the senator termed out of office, Volberg grabbed the reins as a consultant to the State Assembly Water, Parks & Wildlife Committee and then as Government Relations Manager for the San Diego County Water Authority. After another decade, the career in water was seemingly coming to an end. He was ready to ride off in the sunset and enjoy his family’s property in the Sierra. 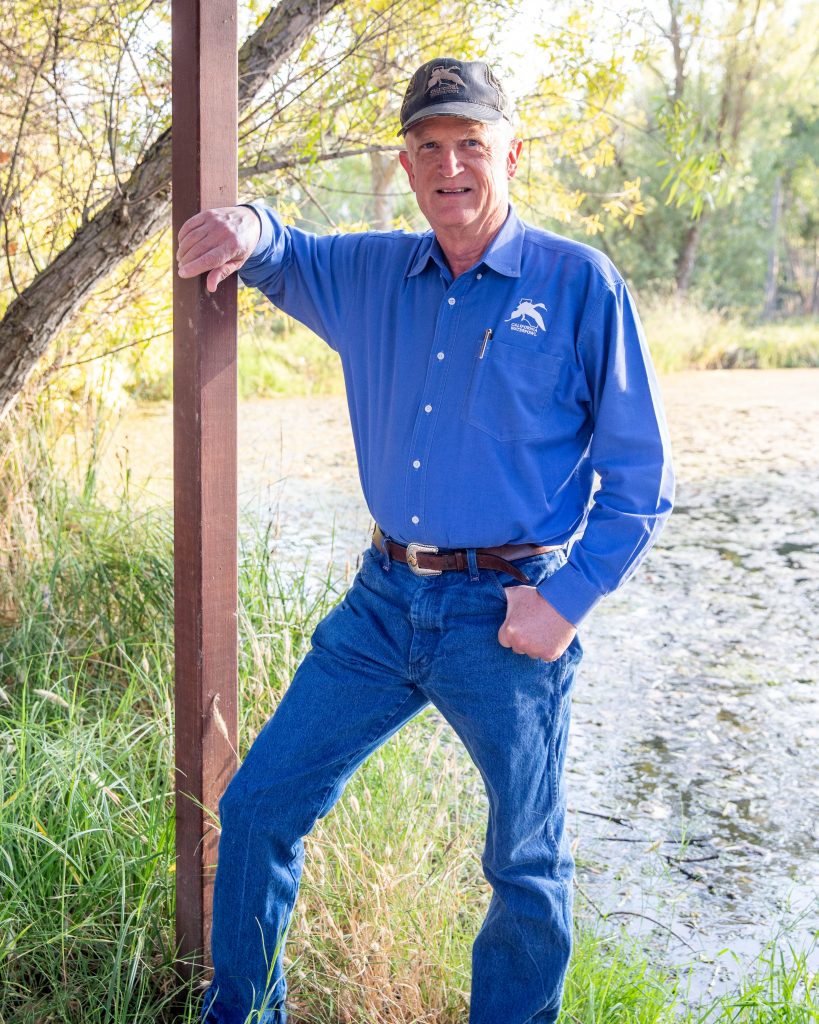 That ride would have to wait.

The California Waterfowl Association would bring him out of retirement.

Volberg became the non-profit’s first Water Law and Policy director. The new role has Jeff working on behalf of duck and geese populations to ensure they have adequate habitat to feed, raise their young and rest during migration to and from the southern and northern hemispheres.

“This is the most rewarding job I have ever had. There are so many great people working because it is their passion, they are not here for the money,” said Volberg. “We have people all over the state who restore and maintain the state’s few remaining wetlands.”

Pulling on his work of the past, Volberg is combining collaboration and his expertise in water policy to preserve and create suitable wetlands. Which means not only working with federal and state protected lands, but now farmers who can help aid in providing habitat during the fall and winter months – a critical time for migrating birds.

Had he gone down one path, he might be herding cattle, but instead his wrangling comes in the form of getting key partners to join together to save waterfowl in California.

In the Sacramento Valley that means working to advance water projects and funding to help keep populations at healthy levels. In the Yolo Bypass, Volberg is collaborating with landowners, NCWA and state agencies to ensure habitat remains suitable for birds accustomed to finding refuge in the low-lying wetlands.

In years past, issues like this may have been contentious, but Volberg says its uplifting to operate in this new climate.

“Rather than retreating into the respective corners and blaming government for their woes, it is great to see a large consortium work together to find solutions. The approach from farmers and ranchers in the Sacramento Valley is positive, inclusive, and usually lends to the best result as so many different interest groups are involved in water issues.”

But it doesn’t stop there. While he was supposed to retire back in 2013, Jeff says a lasting issue keeps him driving forward. The Klamath Basin National Wildlife Refuge.

“This critical wetland has an effect on the entire Pacific Flyway. Thus, impacting millions of birds migrating from Canada as well as also Sacramento Valley to nest and raise their young.”

Working with people seeking to make generational changes, Volberg is able to tap into his political experience to help bridge understanding and influence decisions in Sacramento and in Washington D.C. Much of the controversy in the Klamath revolves around expired agreements and water allocations.

“There is no doubt that the Klamath keeps me on the job. I desperately want to find a collaborative solution that works for people, fish and waterfowl,” said Volberg.

Volberg may work for CWA, but he also believes that a greater effort to collaborate will help all our endangered species, including the Chinook and coho salmon.

While he never became the cowboy he once dreamed to be, Jeff has found his path may serve a greater purpose. For while he may have overseen a few thousand cattle had he become a cowboy, today as a conservationist, he gets to help millions of waterfowl each and every year. 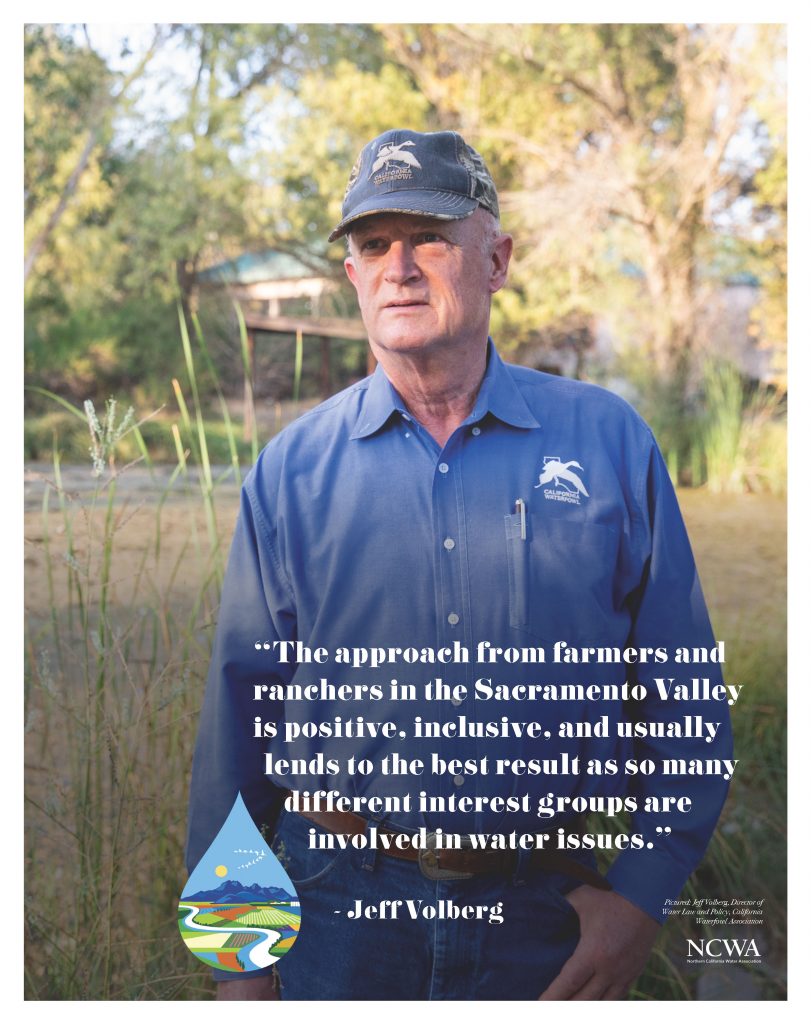 2 thoughts on “Dreams of a Cowboy”