Despite recent rainfall in March, there will be significant surface water cutbacks in the Sacramento Valley during the third consecutive year of drought. Reduced water use by farms and wildlife refuges will directly impact wildlife habitat, rural communities and our economy.

Despite recent rainfall in March, there will be significant surface water cutbacks in the Sacramento Valley during the third consecutive year of drought. Reduced water use by farms and wildlife refuges will directly impact wildlife habitat, rural communities and our economy.

For areas where surface water is available for use this year, the water resources will be managed so that every drop will serve multiple uses.  For example, water released from the various reservoirs will serve triple duty – as cold water for salmon rearing in the upper reaches, to grow crops in the valley and to provide significant wildlife habitat for millions of birds along the Pacific Flyway.  Additionally, a significant portion of water released for salmon would also flow south to the Delta and be available for salinity control, fisheries and other water uses under State Water Board rules. 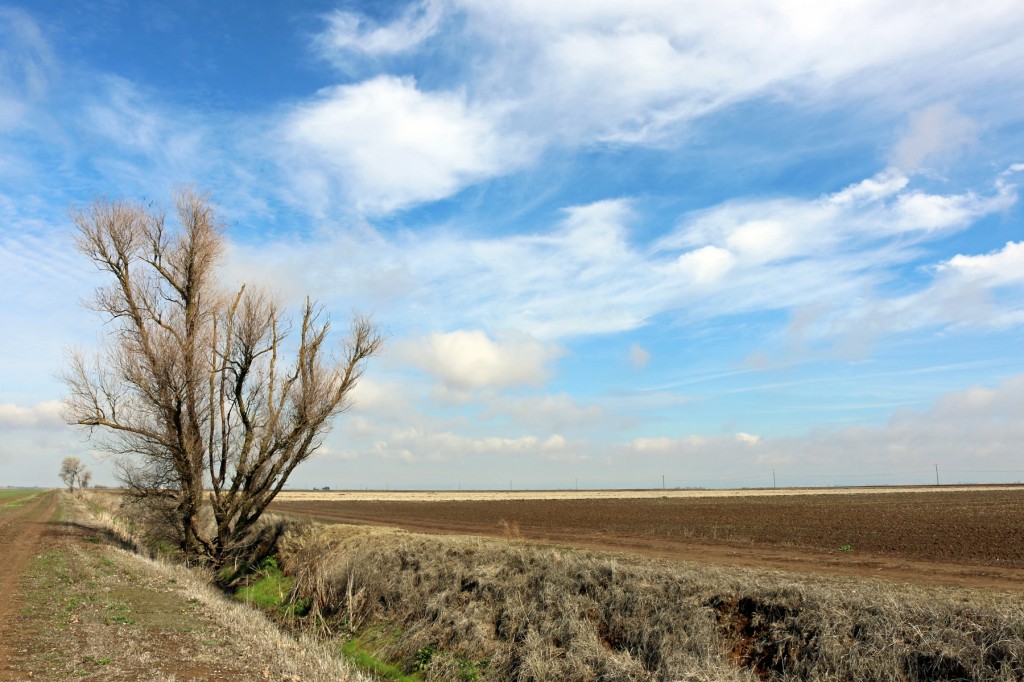 How will the drought impact the Sacramento Valley?

The economy and ecosystem will be negatively impacted.

Less water for farms will also damage the valley ecosystem. Area rice fields, for example, supply nearly 60 percent of the food for the millions of ducks and geese that migrate through the Sacramento Valley each winter.  Rice fields in the valley are recognized as providing some of the best shorebird habitat in North America. Additionally, over half of the region’s wetlands (about 40,000 acres) rely on drainage water flowing through rice fields, which will now get reduced deliveries.

How will valley water be used this year?

In all areas of the valley where water is available for use this year, water has multiple uses.  For example, water released from the various reservoirs will serve triple duty:

Additionally, a significant portion of water released for salmon would also flow south to the Delta and be available for salinity control, fisheries and other water uses under State Water Board rules.

Water in the Sacramento Valley is highly valued and effectively used.

How is water used in the valley?

The valley is a highly managed water system. According to the State Department of Water Resources, farmers use 37 percent of the developed water in the Sacramento River Hydrologic Region. Four percent is used by cities and the remaining 59 percent is used for environmental purposes. In addition, the water for farms also benefits millions of birds along the Pacific Flyway – nearly 230 wildlife species in total. 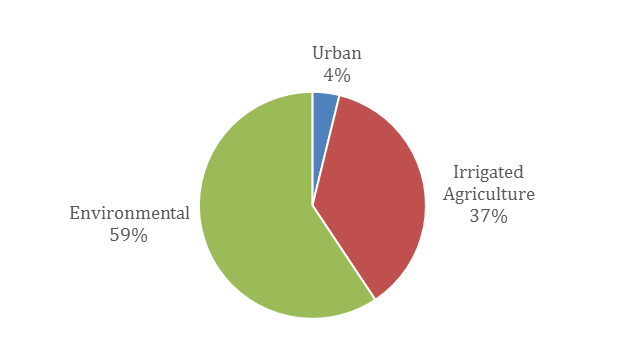 What is the process that guides water supplies in the valley?

California’s water rights system operates to provide the most efficient and effective use of this precious resource. According to the State Water Board, “The water rights system is designed to provide for the orderly allocation of water supplies in the event that there is not enough water to satisfy everyone’s needs. When there is insufficient water for all, water diversions are allocated in order of water right priority.”

Is the valley dependent upon the operations of the Central Valley and State Water Projects?

This year has shown that there simply is not enough water for all beneficial purposes in the valley. Additional water storage is a necessity to avoid similar impacts during future dry years. This includes exploring increased storage at existing reservoirs during dry periods and new off-stream storage through the Sites Reservoir. (See: Sites Authority)

What are the flooded fields I see in the valley?

Those fields are growing rice. Ninety-seven percent of the California rice crop is grown in the Sacramento Valley. From above the fields may look like lakes, but in reality the water depth is only five inches.

There has been steady progress in getting the most out of every drop of water used to farm rice. For example, improved varieties grown in heavy clay soils combined with precision leveling of fields has made rice a much more water-efficient crop.

Will any cities or rural communities in the valley be without drinking water this year?

At this time it does not appear that any communities in the valley will be without drinking water. Local officials will continue to monitor groundwater throughout the region and will be prepared in the event groundwater supplies are not available.

Are water resources managers planning for future years if this year is dry?

Yes, the valley is focused on making water available this year for all the beneficial purposes described above, while making sure that there is water storage for next year if the dry spell continues.

How do water officials in the Sacramento Valley work with the rest of the state?

Water officials in the valley have partnered with state and federal agencies, conservation organizations and water suppliers in other parts of the state to creatively provide water for cities and rural communities, farms, fish, birds and recreation in the valley, while also helping provide water to other regions that are suffering shortages.

Where do we go for more information?