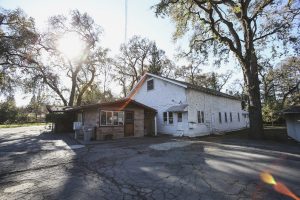 It is the dead of winter but the rice fields outside of Knights Landing are full of life.

Traditionally, this is the slowest time of year for the farmer as his crops have been harvested and he typically would be found patiently waiting for the spring planting season to begin.

But, at River Garden Farms, this has become a time when they are producing a new type of food.

The rice fields, once left dormant during the coldest time of the year, are now used to help produce billions of bugs.

Roger Cornwell, the General Manager of River Garden Farms, knows there isn’t any money in growing tiny insects, but he’s banking on it leading to riches in another sense. An abundance of salmon.

The spineless orange bugs, known as cladocerans but also called a water flea, are no larger than a grain of rice, but they are the preferred meal of California’s Chinook salmon.

Partnering with UC Davis, Cal Trout, the San Luis Delta Mendota Authority and State Water Contractors, Cornwell is hoping these tiny crustaceans thriving on his rice fields can lead to a rebound of the salmon’s declining population numbers.

“There just aren’t enough of these insects in the Sacramento River to properly feed juvenile salmon,” said Cornwell. “The water is too cold and swift for the bugs to survive, leaving many malnourished salmon that are simply not strong enough to reach the Pacific Ocean.”

But on the rice fields, the bugs reproduce enthusiastically. 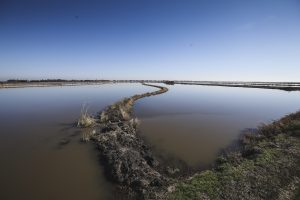 “When the fish are able to eat these insects found on the rice fields, the salmon grow three times the size of their counterparts which are forced to only eat what’s currently in the river,” said Cornwell.

The increase in size has earned the fish the nickname floodplain fatties.

In the marine world this is a positive indicator for survival. Growing stronger, more agile and with the ability to prevail when food supplies are low, the salmon increase their chances of making it to the Pacific Ocean.

But there is a problem, the fish can’t swim out onto River Garden Farm’s rice fields. So Roger has teamed up with scientists to create a Blue Apron-style food delivery for the salmon.

“The process is fairly simple. We are borrowing the water from the river during the winter months, letting it sit out on the rice fields for a few weeks and then deliver the water back into the river recharged and full of bugs.”

The insects are able to reproduce at significant rates once sunlight breaks down the remaining rice straw turning it into algae. The bugs feed off the algae and after a few weeks the water is drained into the river for the young salmon which then engage in a chow down that would make Joey Chestnut seem like an amateur.

“We want to create an all-you-can-eat buffet for these salmon to help increase the number that will eventually return to spawn in the upper channels of the Sacramento River.” 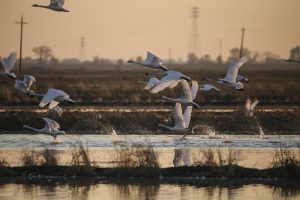 It is there in the upper channels where you will find River Garden Farms’ second significant project to help salmon. Located on the edge of Redding, Cornwell has partnered with scientists, Northern California Water Association, National Marine Fisheries Service, Western Shasta Resource Conservation District and the US Bureau of Reclamation to provide salmon fry with shelter from larger prey.

Using walnut trees bolted to granite boulders, the 25 structures serve as protection from the swift current and larger predators. The program is already showing great progress. Natural resource scientist Dave Vogel reports he is discovering a record-breaking number of fish passing underneath the Bonnyview Bridge.In the marine world this is a positive indicator for survival. Growing stronger, more agile and with the ability to prevail when food supplies are low, the salmon increase their chances of making it to the Pacific Ocean. 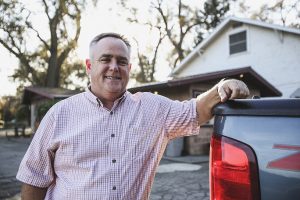 “We believe we can play an important role in helping salmon in various times of their lifecycle. All it takes is collaboration instead of infighting, and it is through focused coalitions that we can truly make a difference,” said Cornwell.

For Cornwell, the efforts won’t stop with these projects. He says he believes River Garden Farms is just getting started.