At the end of the growing season, as the Sacramento Valley transitions from summer to fall, we shift from the agronomic season to the bird season as waterfowl, shorebirds, raptors and other birds traveling along the Pacific Flyway begin to arrive as part of their annual migration. Birds and other species using the Pacific Flyway are reliant upon varied land uses in the Sacramento Valley that include ricelands and managed wetlands (both privately managed wetlands and public refuges and state wildlife areas) to meet their habitat needs. Much of the habitat value of these lands (food, safe resting areas and for some species nesting areas) is dependent upon surface water deliveries. Because of the magnitude of habitat usually available in the Sacramento Valley, it serves a vital role to birds using the Pacific Flyway. This year, that role has a heightened level of importance, as the birds that arrive in the Valley will have traveled through a Flyway that is in the middle of a west-wide drought. 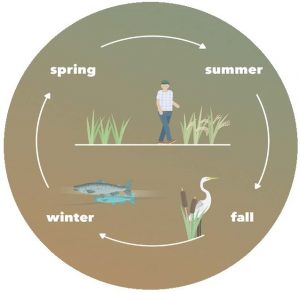 Last winter, as it became more apparent that 2021 was going to be a drought year, water managers, refuge managers and bird conservation organizations began to meet to discuss actions that could be taken to prepare for this winter. With the unprecedented lack of runoff this year and heightened criteria guiding reservoir operations to benefit fish species, it was apparent that it was highly unlikely that there would be much surface water available this fall and winter to create Flyway habitat, particularly on the west side of the Sacramento Valley. As we continued to meet during the spring and summer months, we were able to develop a plan to use the limited water and land resources that are available to the greatest extent possible to maximize habitat for Pacific Flyway species this year. This collaborative effort looks to use any management action available to local landowners, water management entities, refuge managers, conservation organizations and regulatory agencies to create habitat in the region to benefit birds this winter. The following is a description of those actions. 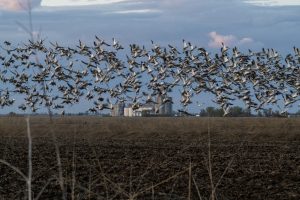 During a drought year like we are experiencing, the impacts across the region are severe, with limited water supplies available for cities and rural communities, farms and ranches, wildlife refuges, fisheries, hydropower, and recreation. In the Sacramento Valley, we have found that the best way to address these challenges is to partner with solution-oriented entities and individuals to develop collaborative solutions that will support multi-benefit water management that sustain all these important uses of water. This year, we will be employing this strategy once again to work on doing as much as we can with the resources we have to benefit birds and other Pacific Flyway species in the region.