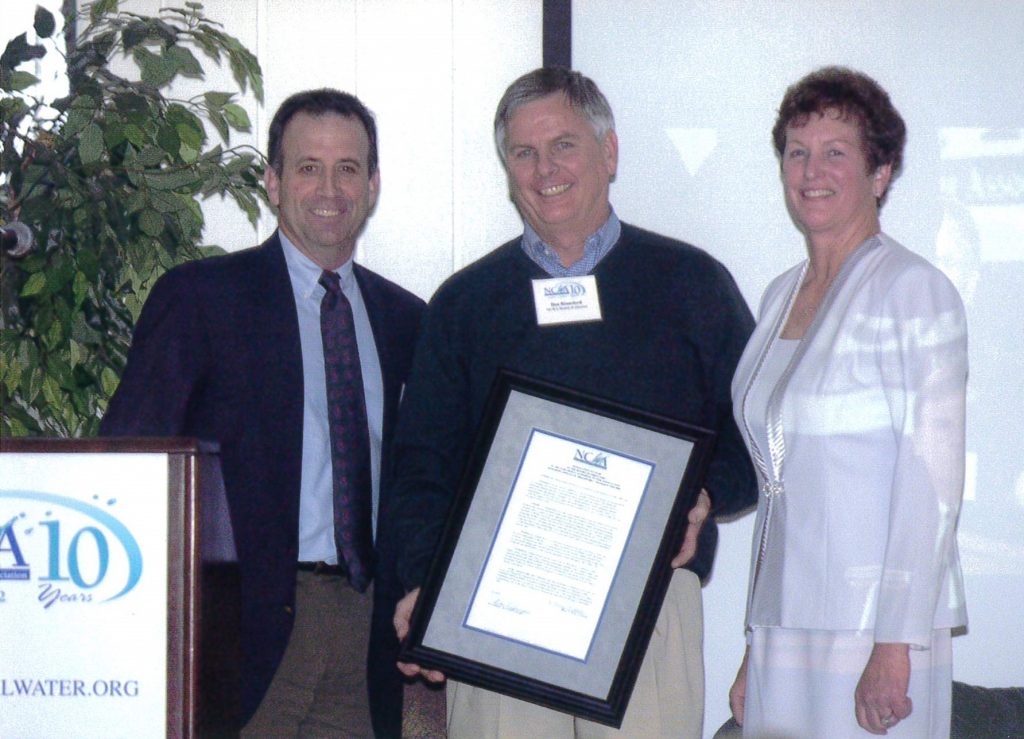 Looking back over the past 30 years, the Northern California Water Association has grown into an organization that the early founders can be extremely proud of. The men and women who had the foresight and passion to start the organization should be given a large amount of gratitude. What now is a high-level organization that fosters water management for multiple beneficial uses, sprung from very humble beginnings.

I have fond memories when I think about the early days. We, as founders, could not have imagined all of the good that NCWA would eventually do for the North State. Who would have thought, 30 years ago, that NCWA would have accomplished as much as it has? A simple mission to protect Northern California water rights and supplies, both now and for future generations, has taken many different forms and expanded beyond what we ever imagined.

The early meetings were held in the Yuba County Supervisors Chambers in the evening after we had all spent full days in our own businesses. There were many more questions than answers, not even knowing what to call the organization. Ultimately, though, the driving force behind the organization was that “they are coming for our precious water, so we better get together and speak with one voice, and we better do it now.” Many of those early meetings went on for hours, and were filled with opinions voiced from strong individuals who would eventually form the backbone of NCWA. When you look back at the names of those early founders, you see people who were ready to share their expertise, time, and money to protect what was vital to their livelihood and way of life. The ripple effect to their communities is unmeasurable.

One of the defining moments came in the winter of 1997 – when the North Valley was underwater from devastating floods, the State trusted NCWA and its members to help identify how and where to place resources. At first glance, you wouldn’t think that flood relief would be the charge of NCWA, but we were so plugged into the North State that our members pulled together as they always did, and continue to do, in the presence of a crisis.

Early on, the spirit of individuals prevailed and the can-do attitude was a common theme amongst our members. We began to communicate and collaborate with each other in ways the North State had never done. Water districts that were simply county lines, who before didn’t really take the time to find out issues outside their area, suddenly had an organization which not only encouraged those discussions, but actually promoted and in some cases forced it. What we realized was today it may be my water district or agency, but tomorrow it could be and would be yours. No one was immune to the situation and it was quickly becoming a problem for our daily operations asking farmers to contribute to an organization built to protect our most vital resource. I remember the argument vividly–you will spend more than that to spare.

It really didn’t take that long for people to realize that we were stronger together united, than we were on our own. Those early days, and my own rocky beginnings, group meetings helped form and shape the organization we have today, with each successive board of directors building from the expertise and direction of the previous one. NCWA became an organization that would help shape water policy in the state of California. When I look back over the past 30 years, I take great pleasure knowing that we have accomplished so much to help those across the North State.

As we look ahead, we must remain vigilant and continue to operate proactively to help solve the complex water issues of the State of California. To not only be a participant in the discussion, but rather to be a positive force for constructive change and serving water for our farms, cities and rural communities, birds, fish and recreation. Rugged individuals who had learned lessons from the generation before them came to gather with common goals and one mission. I am proud to be one of NCWA’s founders, and I continue to be more and more impressed by the work of this incredible organization.

Tib Belza is a Yuba County resident and he was a Yuba County Supervisor and the founding Chairman of the NCWA Board of Directors, where he served in this role for nearly ten years. The letter that Tib sent to the region on this day 30 years ago is shown below. To see the early NCWA leaders and their passion for the region, please watch these short films: 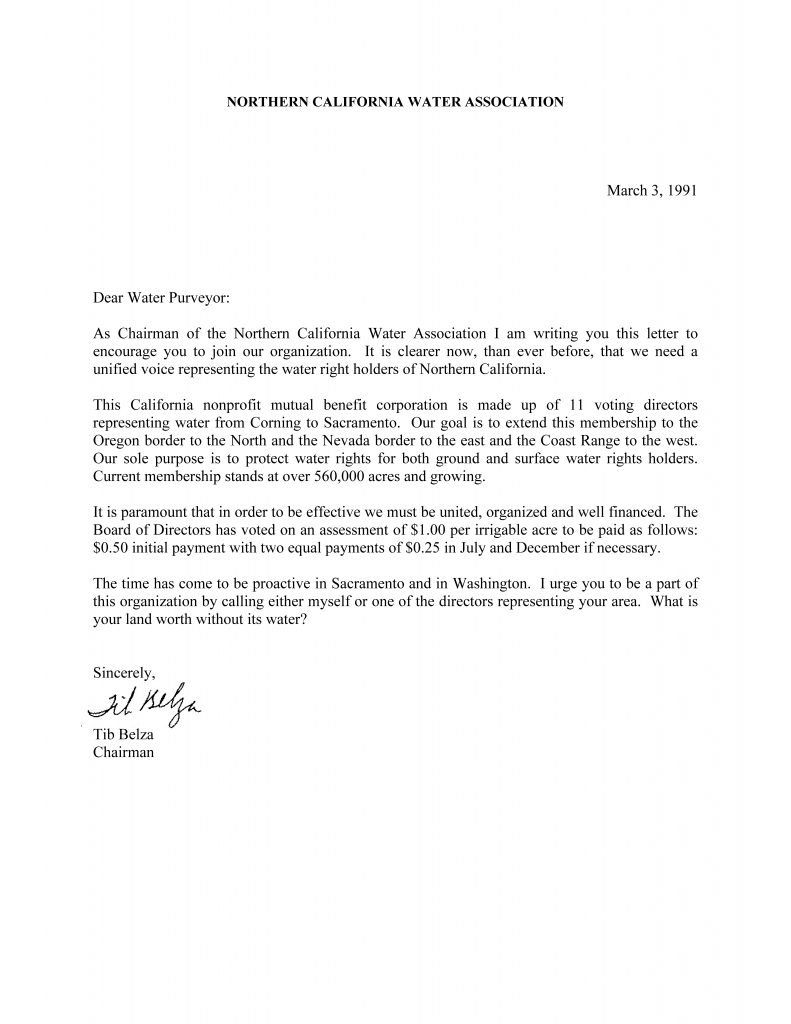