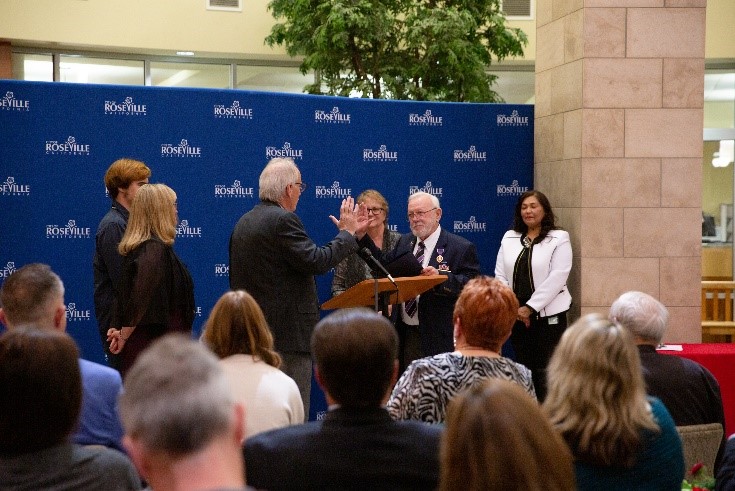 On December 21, 2022, NCWA’s Director of Water Quality, Bruce Houdesheldt, became the 58th Mayor in the City Roseville’s 113-year history. Since before Roseville’s incorporation in 1909 it has had a long history of  proactive and comprehensive water resource planning  to maintain the quality, reliable services customers have grown to expect. Houdesheldt brings to the position over a dozen year serving the Roseville community, first as a member of the Roseville Public Utilities Commission (2010-2012), followed by six years as Planning Commissioner (2012-2019) and from 2020-2022 as Roseville’s Vice-Mayor.  He has the distinction of becoming the first Roseville Mayor to assume the duties of Mayor following voters’ adoption of charter amendments in 2020 that specified mayoral selection process.  Because of his experience at NCWA his colleagues on the Council have selected him to represent the community’s interest on the Regional Water Authority, the Sites Reservoir Joint Powers Authority, the South Placer Wastewater Authority, the Electric Utility Risk Oversight Committee, and Chair of the Roseville Law and Regulation Committee, who has legislative affairs staff working on water issues in Sacramento. 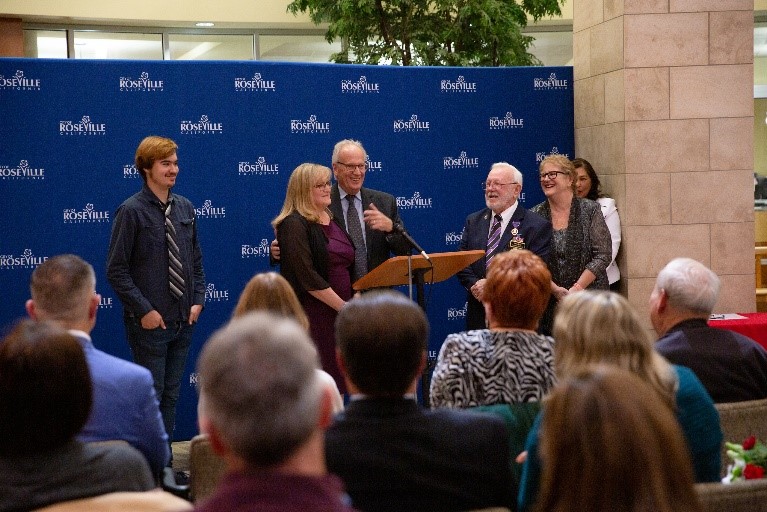 A native of Washington, D.C., and graduate of the University of Maryland, Houdesheldt has lived in the South Placer region since 1991 and has worked for the past 14 years for the Northern California Water Association (NCWA) which is committed to advance the economic, social, and environmental sustainability of the Sacramento Valley by enhancing and preserving its water rights, supplies, and water quality for the rich mosaic of farmlands, cities and rural communities, refuges and managed wetlands, and meandering rivers that support fisheries and wildlife.  He serves as the Director of Water Quality at NCWA, where he works with family farmers in the Sacramento Valley to showcase their commitment to protection surface and groundwater quality for drinking water, agricultural supply, and to sustain healthy watersheds that support the economy and the environment.

With his wife Shelley, son Harrison and his mother-in-law at his side Houdesheldt was administered the Oath of Office, by his father-in-law, a retired Oregon State Trooper and Vietnam Veteran, who served two tours of duty, earning two Silver Star Medals, the United States Armed Forces’ third-highest military decoration for valor in combat, the Bronze Star Medal, awarded to members of the United States Armed Forces for either heroic achievement, heroic service, meritorious achievement, or meritorious service in a combat zone. and three Purple Hearts. Houdesheldt’s late father was an Army Veteran who served in Korea, Okinawa, and Turkey, as well as stateside. His mother was a career Federal civil servant advancing to rank of GS-14.