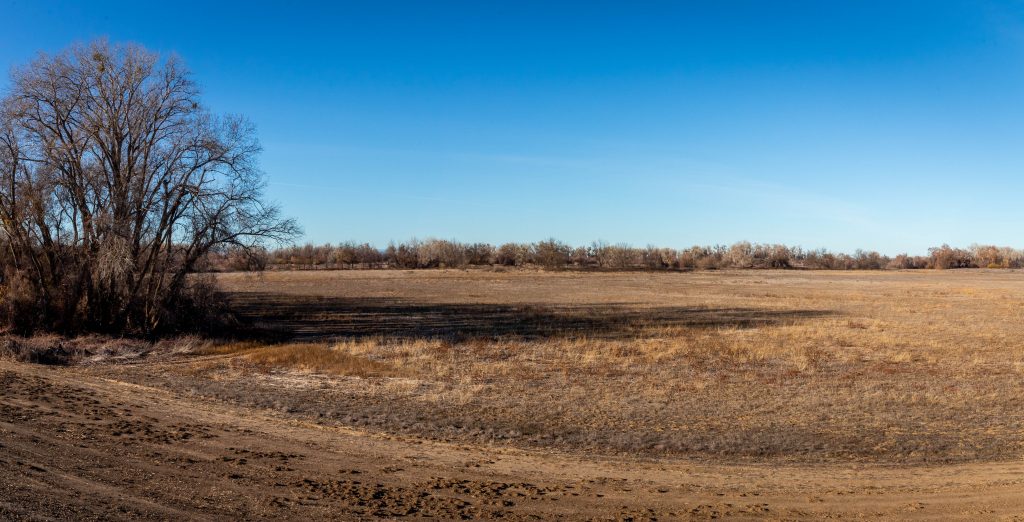 Growing up, Julie Rentner watched the vast rolling hills north of Mt. Diablo in the heart of the Bay Area get gobbled up by tract homes and paved streets. Her favorite playground along Marsh Creek felt like it disappeared overnight.

Her parents saw the hurt in their daughter’s eyes, and offered a bit of hope that would drive young Julie for the rest of her life.

“Your work can change things,” they told her.

That mantra first took her to U.C. Berkeley where she studied forest resources and then onto the University of Hawaii for graduate school. While in the Rainbow State, Julie studied how erosion and sediment coming off the pineapple fields on Oahu’s famed North Shore was leading to the bleaching and destruction of coral reefs, and generating a lot of conflict for tourism and growers.

“We were able to reduce the negative impacts from soil erosion by working with the farmers on cover-crop-runoff solutions,” said Julie Rentner. “It was during this time that I began to learn about how even early Polynesian cultures gave great thought to how people can have a negative effect on the water systems they depend on.”

There’s a popular term in Hawaiian culture, Ahupua‘a (‘ahoo-poo-ah-ah’), which means a subdivision of land from the mountains to the shore. In the 1200s, Polynesian people began to intensify their agricultural practices. In doing so, they came to understand the land and water spanning from the mountaintop to the ocean was interconnected. If you alter one, you could have devastating impacts on the fish, birds, plants and water downstream. Through data and empathy, Julie found ways to work with the Hawaiian farms to make workable changes for the greater good.

Today, she is leveraging that same mindset in her role as president of River Partners. The 20-year-old nonprofit organization brings life back to river landscapes by restoring native ecosystems along some of the most imperiled river corridors in California, including thousands of acres in Northern California. The environmental benefits include rebuilding critical habitat for imperiled species like salmon, migratory birds, and monarch butterflies. People also benefit because River Partners’ efforts create new recreational opportunities and good-paying jobs, while sequestering carbon and improving flood safety.

Julie got her feet wet working at the San Joaquin River National Wildlife Refuge near Modesto in her first seasons with River Partners. Tomato and alfalfa fields adjacent to the refuge had fallen victim to levee breaks over many years which led to a buildup of debris and salt, rendering the land almost useless to farmers. Instead of simply fallowing the land, a multi-stakeholder alliance came together to put the land to work for the environment. Farmers were able to relocate to more suitable growing lands nearby, and the current site along the San Joaquin River became a refuge for recovering fish and other wildlife. The win-win solution helped Julie build a case study for future opportunities.

“You’re not just restoring a piece of ground, your bringing life back to a river system,” said Julie. “When you do that, you can make generational change.”

One of her current undertakings lies northwest of the Sutter Buttes, known as Willow Bend. The site is a crescent moon-shaped parcel that hugs the east bank of the Sacramento River. For years farmers had a tough time turning a profit on the land because of unpredictable flooding. While bad for agriculture, River Partners found this to be perfect for growing young salmon.

“We noticed thousands of juvenile salmon fry inundating the landscape during overbank floods. While there on the floodplain, they are able to feast on millions of tiny zooplankton and other insects, growing stronger for their journey downstream to the ocean. Now, we’re tasked with creating more feeding opportunities during non-flood years.”

River Partners is looking to irrigation districts for inspiration in moving the water in and out of Willow Bend during key salmon migration periods.

“If we can articulate exactly what flow rate we want when we want it, paired with proper drainage back into the river, then we create a bountiful feeding ground for endangered Chinook salmon.” 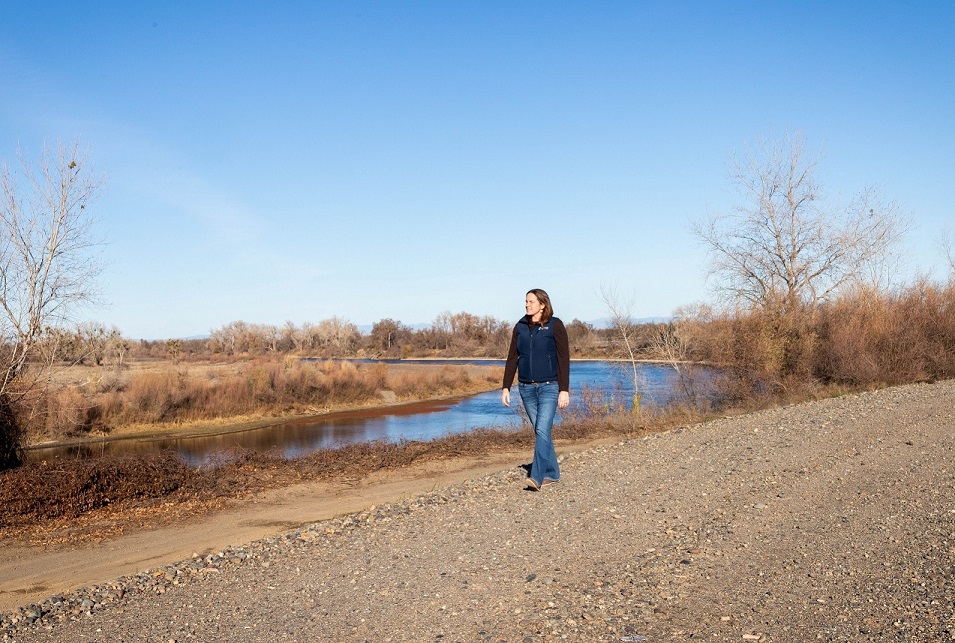 Willow Bend not only serves as a feeding site for fish, but also makes for great waterfowl habitat. Julie believes the space between the river and agricultural lands is a place where we can work to create a new water system that benefits people and wildlife. She views this as a Laulima mentality, which translates from Hawaiian to mean bringing many hands together.

“I’m very optimistic how more and more people are working together to solve our water issues. If we can demonstrate strong collaboration and show the results of successful projects, we can enact change across the entire state.” 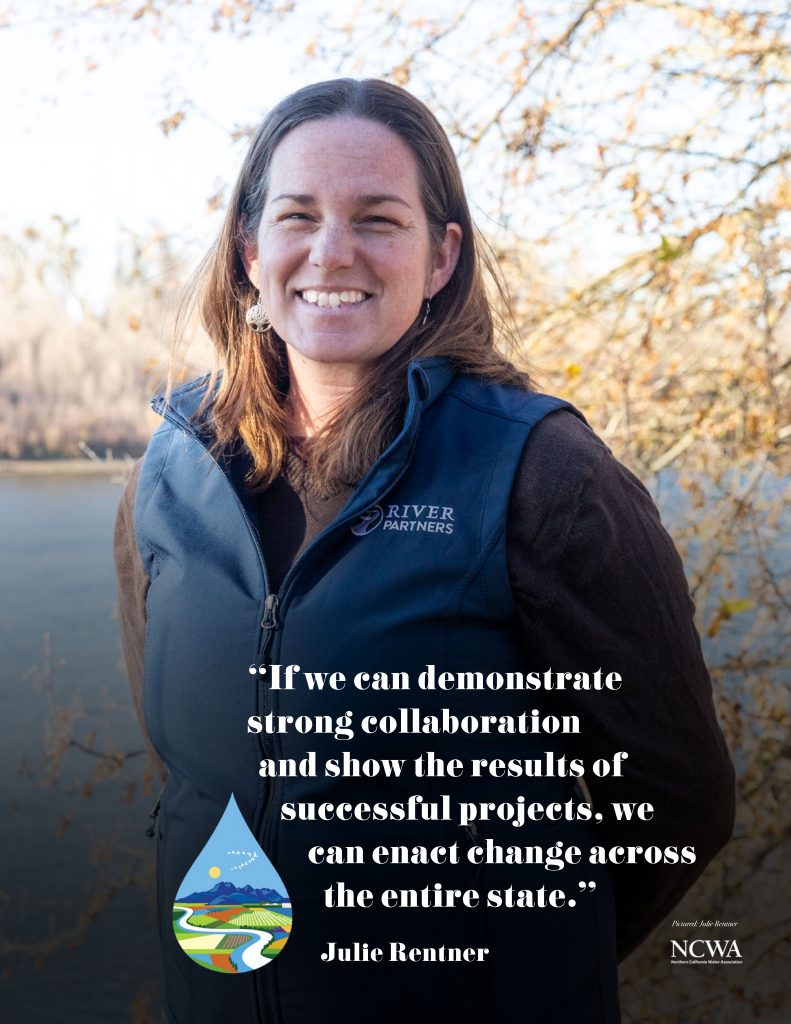