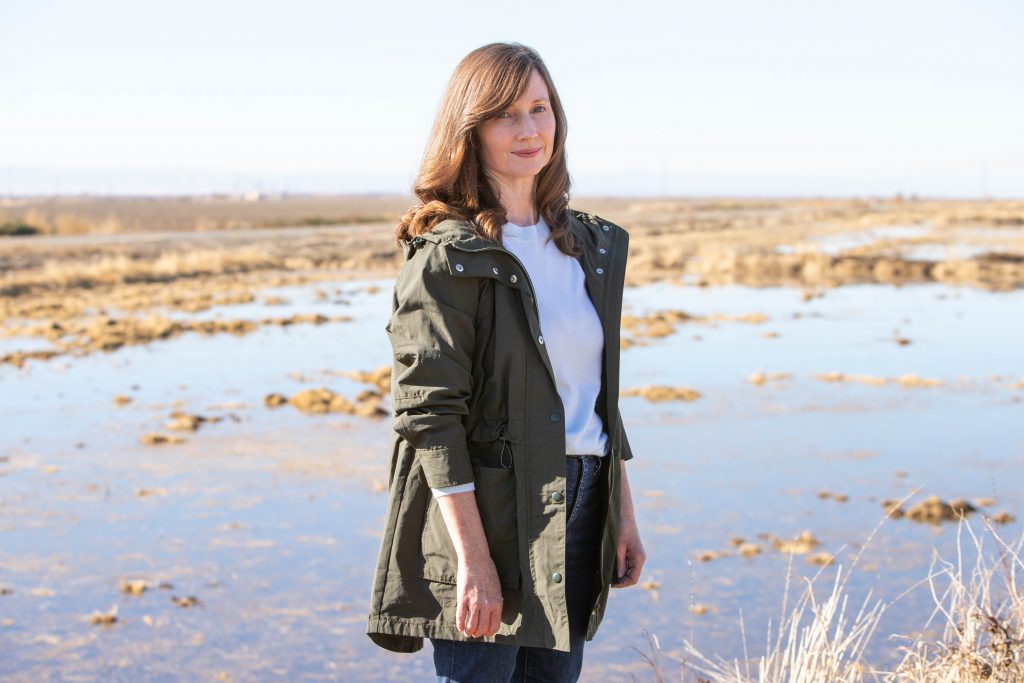 The lure of a ten-speed bike was all it took.

This was no ordinary bicycle, however. This was a radiant red Schwinn with swooping sight lines, 10 gears of unfettered pedal power that would serve as a freedom chaser to propel 9-year-old Ann Hayden to explore country roads in her rural Yolo County neighborhood. And Ann was ready to go.

Her parents, on the other hand, weren’t about to bend so easily to a simple plea from their daughter. A deal was struck instead. Her parents would buy the bike if Ann completed a year of 4-H, the agricultural youth development program, which her brothers had been participating in for years. After all, her parents were so committed to the 4-H experience that they had a wooden sign made that read “Hayden’s Hogs” which was proudly displayed at the entry way to their house.

The idea of taking on this new challenge was daunting for Ann, but after some contemplation she decided to dive in. She chose to raise what she figured would be the easiest animal: a sheep.

“I took it very seriously,” said Ann. “I spent hours with the lamb every day, hoping I could win top prize at the Yolo County Fair that summer.”

Despite Ann’s unwavering dedication, as the 4-H showcase began, and the other kids had calmed their sheep as they waited their turn in the show rink, her skittish lamb broke loose which turned quickly into spontaneous entertainment for the crowd.

Finally, after what seemed like an eternity to Ann, the dust finally settled and the lamb was captured. Piercing through the dust cloud was the laugher of Ann’s parents, who were peering on from the stands above, video recorder in hand. Despite all the ruckus, a red-faced Ann stepped up and proudly showed her lamb, which was sold to the highest bidder of the day. With that, she was able to secure the 10-speed she so deeply desired.

Ann could not have known then, but this fortuitous moment would aid her when approaching unwieldy challenges as senior director of western water at Environmental Defense Fund (EDF) decades later. 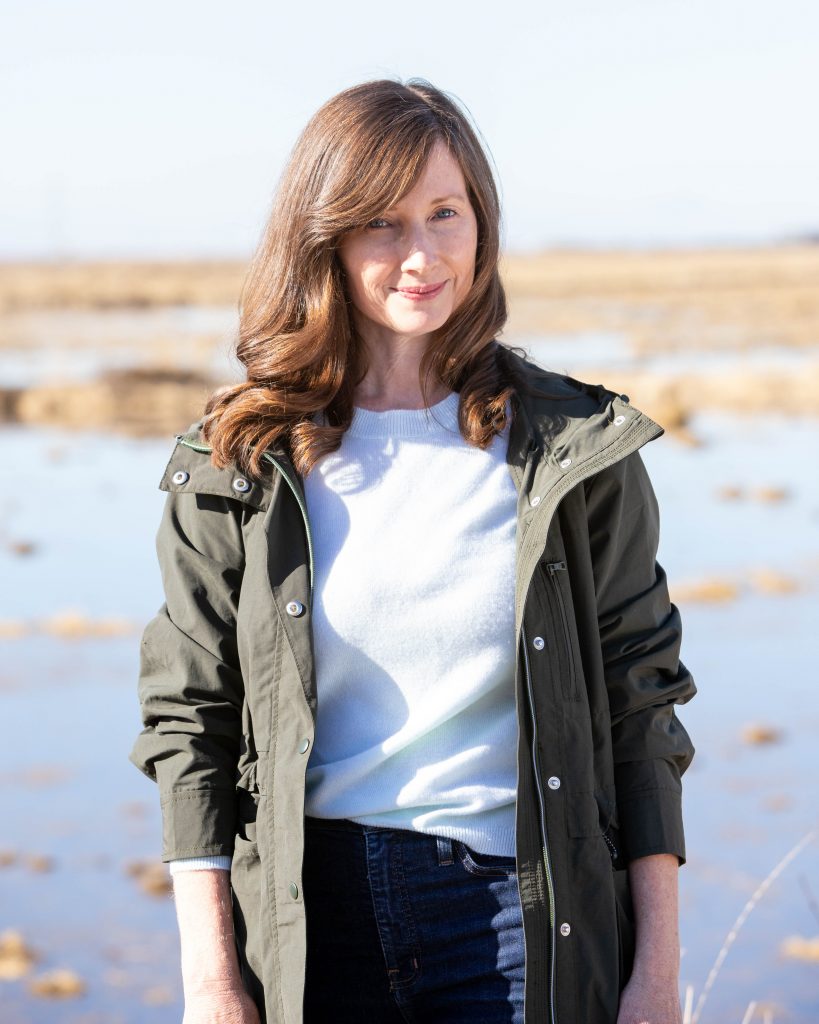 “It taught me the importance of being flexible and maintaining my cool when the least-expected situation arises,” Ann said. “And it’s always a valuable lesson to keep a sense of humor and humility in seemingly unfixable circumstances.”

Despite the failed showcase, Ann’s desire to work with agriculture and natural resource issues only grew stronger as she made her way through school in Davis and then college at UC Santa Cruz. At home, there was no shortage of encouragement. Playing it safe or taking the easy road is something Ann’s mother, Mary, didn’t do herself, so it would have been foolish to suggest her daughter do as such. Mary was one of the very first women to serve in the Peace Corps under John F. Kennedy. From 2 years spent in the Philippines to travelling from Europe to India, Mrs. Hayden seemed to have done and seen it all. And what she found is that regardless of the issue or challenge, a strong coalition and support group will take you farther than anyone can dream.

“My mother taught me about the importance of empathy for others. It is this skill that has led to building trust with our partners and creating strong relationships with those who at one time may have been adversaries.”

When Ann first joined EDF in 2002, shortly after finishing her own stint in the Peace Corps in Belize and graduate school where she studied environmental science and management, she was immediately thrown into one of California’s thorniest water debates: the restoration of the Sacramento and San Joaquin Bay-Delta, the hub of the state’s water supply. She hit the jackpot when she was hired by Tom Graff, founder of EDF’s California office and a renowned water lawyer, and Spreck Rosekrans, who garnered the respect of the water community for his ability to understand the state’s hypercomplex water operations.

As she waded through one intractable debate after another, she learned the importance of standing her ground while also listening to folks across the table and creating a personal connection with those with whom she disagreed. Having a deep understanding of what was important to stakeholders inside and outside of their jobs revealed much more common ground on issues than previously expected.

“There’s nothing like sitting down for a meal with someone you don’t necessarily see eye to eye with on these issues and sharing stories about our respective families. There’s so much more that ties us together than not,” Ann said.

While many of the challenges over the Bay-Delta remain today, Ann and her team made important progress. For one, they help quantify the actual amount of water that rivers and refuges were getting compared to their supposedly promised water supplies and encouraged better delivery of flows through improved real-time operations. They also elevated the critically important role that well-designed water trading programs can play for increasing flexibility among water users, as long as strong protections are in place for vulnerable communities and ecosystems.  Importantly, Ann also developed some important relationships with folks across sectors that would prove beneficial down the road.

As EDF’s Senior Director of Western Water & Resilient Landscapes in EDF’s Ecosystems Program, Ann has worked with Sacramento Valley farmers to create suitable habitat on working fields while also helping landowners improve their ability to recover from conditions related to climate change, such as when flood waters are moved across the landscape.

Creating this habitat has real ecological value, which farmers can be paid for producing by both public and private funding sources.  Ann and her team developed ways to quantify the habitat benefits for a suite of at-risk species including Swainson’s hawk, Giant garter snake, Monarch butterfly and juvenile Chinook salmon. She’s worked directly with innovative growers at Davis Ranches and River Garden Farms to identify the optimum places to create habitat and a system to measure habitat benefits over time.  In particular, Ann is encouraged about efforts currently underway to quantify habitat improvements for endangered salmon as a way of building more integrated and resilient ecosystems and water systems.

“Figuring out smart ways to create functional habitat on working lands that result in measurable benefits for wildlife like imperiled salmon will be key to developing resilient river systems that can also meet human needs for drinking water and irrigation.”

But these projects can’t be successful without a foundation of trust between environmental interests and farmers. Ann has been able to foster and grow these relationships so that the conversation today is less about what can’t work and more about what is possible if we collectively take some risks and try new things.

“My hope is that innovative, on the ground projects that deliver multiple benefits can become the model throughout the entire Central Valley in California. As more stakeholders come together to draft a unified vision of the valley, including integrated land and water management, the better chance we have at striking a balance where people and wildlife thrive.”

As Ann learned from a very young age, even when faced with a daunting challenge or a stubborn issue, or even perhaps a feisty lamb, it’s important to face the challenge head on and find an approach that works for you. Building trust, listening and understanding what’s important to stakeholders is what she believes will lead to more areas of common ground and ultimately solutions that can create a better future for wildlife and people in the state of California.

“I’m excited about what can collectively achieve,” Ann says. “We have a golden opportunity to create more resilient and durable water and land systems that support agriculture, communities and wildlife for generations to come.” 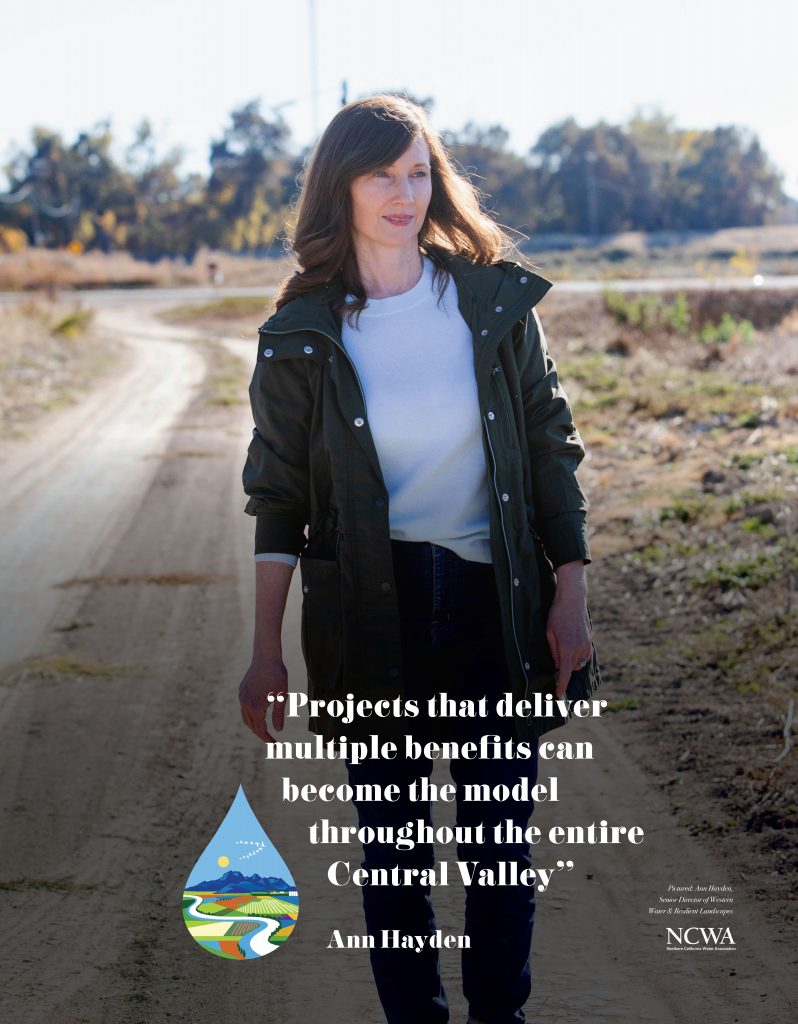